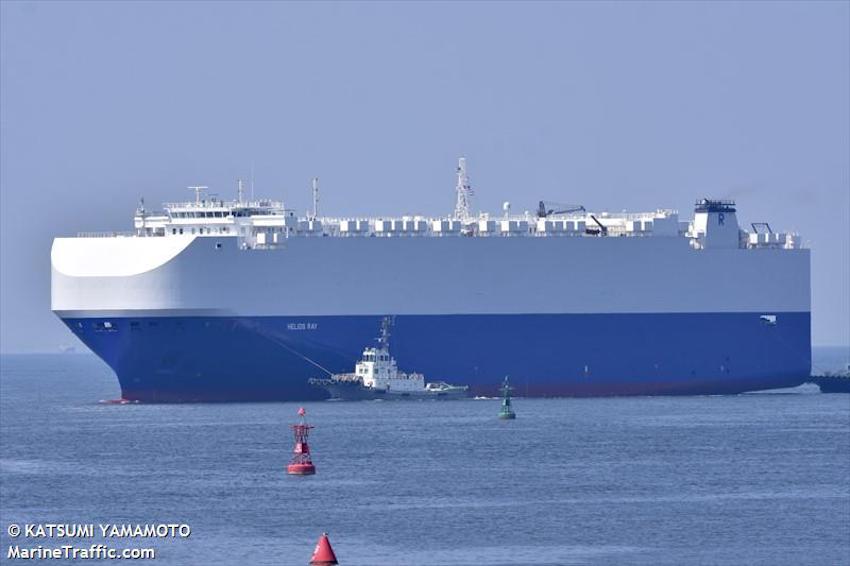 An examination of damage to an Israeli-owned cargo ship currently docked in Dubai indicates an explosion that hit it in the Gulf of Oman was caused by mines covertly attached to the ship, according to a Sunday TV report.

Channel 13 news did not cite sources for the report, which contradicted earlier reported assessments in Israel that that blast was caused by missiles. An Israeli team is believed to be in Dubai to examine the ship following the suspected attack. The ship is undergoing repairs in Dubai.

Limpet mines are a type of naval explosive that attach to targets using magnets. The report speculated that the mines could have been attached to the ship’s hull during a stop at a port and later set off.

The network said that Israel increasingly believes a naval force from Iran’s Islamic Revolutionary Guard Corps was behind the attack. Channel 12 news raised the possibility that the explosion was the work of a commando team in a fast boat that attached explosives to the ship

As a result of the explosion, Israeli ships were instructed to increase alertness and change their typical conduct in an attempt to evade potential problems, Channel 12 said. The exact instructions were not revealed for security reasons.

The MV Helios Ray, a vehicle carrier, was traveling from the Saudi port of Dammam to Singapore when the blast occurred on Thursday. The crew was unharmed in the blast, but the vessel sustained two holes on its port side and two on its starboard side just above the waterline, according to American defense officials

IDF Chief of Staff Aviv Kohavi on Sunday indicated that Iran was behind the blast. Kohavi said at a ceremony that Israel was dealing with a range of security threats in various military theaters. “Just over the weekend we got a reminder in one of these theaters of one of the greatest threats in the region, Iran, and we got a reminder that Iran not only is a nuclear threat, but that it spreads and carries out terror and operations against civilian targets,” Kohavi said. He added: “This is the place to reiterate that the IDF acts and will act against the threats that endanger [Israel], near and far.”

The incident comes amid rising tension between the US and Iran over its unraveling 2015 nuclear deal. Iran has sought to pressure US President Joe Biden’s administration to bring back the sanctions relief it received under the accord with world powers, which former president Donald Trump abandoned.

On Sunday Iran rejected an offer from European states to hold informal talks with the US. Washington had accepted holding the talks.

The blast on the ship, a Bahamian-flagged but Israeli-owned roll-on, roll-off vehicle cargo vessel, recalled a string of attacks on foreign oil tankers in 2019 that the US Navy blamed on Iran. Tehran denied any role in those suspected assaults, which happened near the Strait of Hormuz, a key oil chokepoint.

Israeli ambassador to the US and UN Gilad Erdan told Army Radio on Sunday that “it was no secret that the Iranians are trying to harm Israeli targets” and alleged the explosion on the ship bore the hallmarks of other Iranian attacks.

Defense Minister Benny Gantz said Saturday that the proximity between the location of the incident and the Islamic Republic raised concerns that it was responsible for the attack, but added that a probe had not yet been completed. “We need to continue investigating,” he stressed. “The Iranians are looking to harm Israelis and Israeli infrastructure. The proximity to Iran leads to the assessment that there is a likelihood that this is an Iranian initiative. We are committed to continuing to check.”