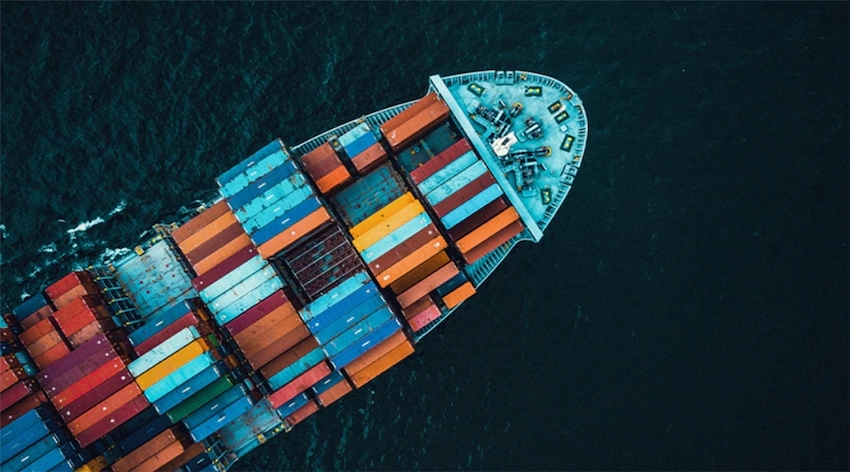 A.P. Moller - Maersk speeds up on decarbonisation with a methanol-fueled feeder vessel on the water in 2023, piloting a scalable carbon neutral product to customers and offering fuel suppliers incentive to scale production of the fuels of the future. Furthermore, Maersk announces that all future owned newbuilt vessels will be able to operate on carbon neutral fuels.

Around half of Maersk’s 200 largest customers have set – or are in the process of setting – ambitious science-based or zero carbon targets for their supply chains, and the figure is on the rise.

Maersk’s methanol feeder vessel will have a capacity of around 2000 TEU and be deployed in one of its intra-regional networks. While the vessel will be able to operate on standard VLSFO, the plan is to operate the vessel on carbon neutral e-methanol or sustainable bio-methanol from day one.

“It will be a significant challenge to source an adequate supply of carbon neutral methanol within our timeline to pioneer this technology. Our success relies on customers embracing this groundbreaking product and strengthened collaboration with fuel manufacturers, technology partners and developers to ramp up production fast enough. We believe our aspiration to put the world’s first carbon neutral liner vessel in operation by 2023 is the best way to kick start the rapid scaling of carbon neutral fuels we will need,” says Henriette Hallberg Thygesen, CEO of Fleet & Strategic Brands, A.P. Moller - Maersk. 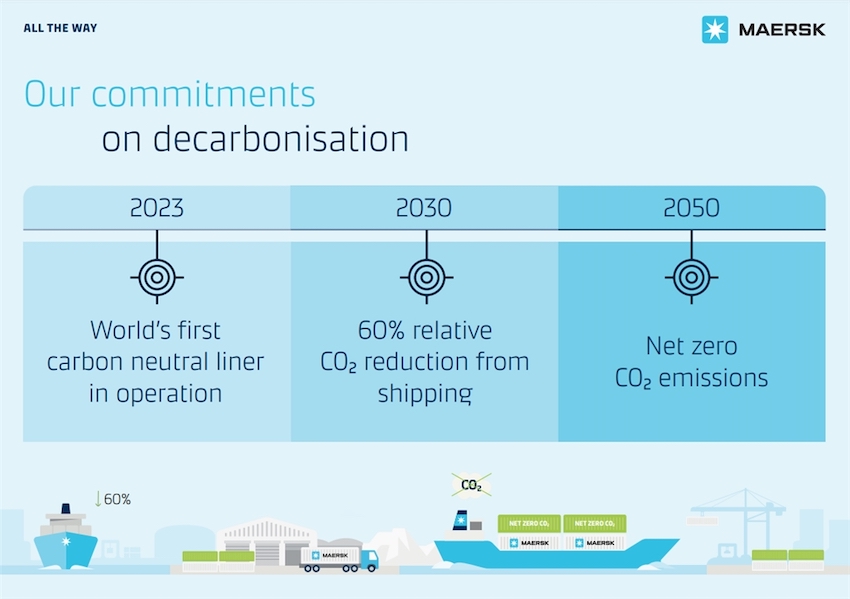 Both the methanol-fueled feeder vessel and the decision to install dual fuel engines on future newbuildings are part of Maersk’s ongoing fleet replacement. CAPEX implications will be manageable and are included in current guidance.

Strengthened collaboration to solve the challenges
A carbon neutral future for shipping requires innovation, test and collaboration across multiple industry partners. Maersk continues to explore several carbon neutral fuel pathways and expects multiple fuel solutions to exist alongside each other in the future. Methanol (e-methanol and bio-methanol), alcohol-lignin blends and ammonia remain the primary fuel candidates for the future.

A key collaboration partner is the Mærsk Mc-Kinney Møller Center for Zero Carbon Shipping, an independent, non-profit research and development center, that works across sectors, organisations, research areas and regulators to accelerate the development and implementation of new energy systems and technologies.