Bulker runs aground on a reef off Sri Lanka, no oil spill reported 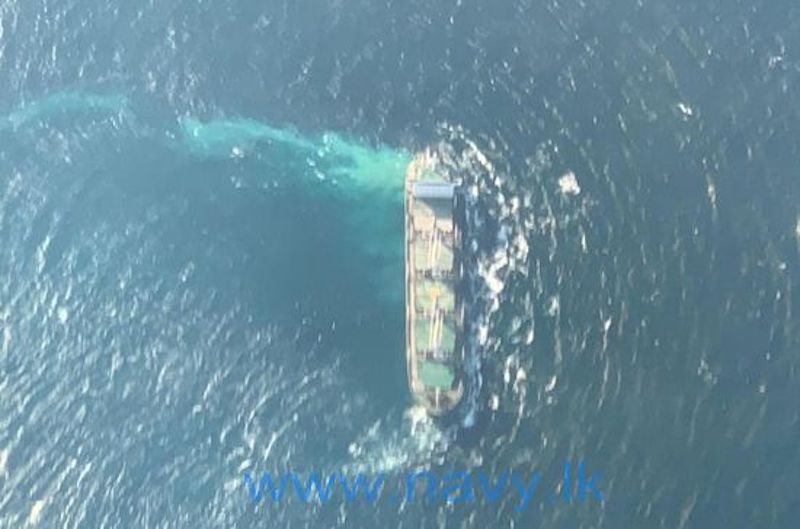 A Liberia-flagged bulk carrier ran aground off the coast of Sri Lanka on 23 January, the Sri Lanka Navy said.

While en route to Trincomalee, Sri Lanka, from Abu Dhabi Port, the UAE, MV Eurosun grounded on Little Basses Reef, about 5.5 nautical miles off the southeastern coast of the island.

The bulk carrier has a shipment of over 33,000 MT of clinker and storage of about 720 MT of bunker fuel, according to the navy.

SLNS Rathnadeepa (P351), a patrol vessel belonging to the navy, an aircraft of the Sri Lanka Air Force and divers were immediately sent to the scene.

“According to the preliminary investigation, no damage to the bulk carrier’s hull was reported and there was no sign of water leaking into the ship or oil into the ocean,” the navy said in an update.

The Sri Lanka Navy added that the ship crew members, comprising 15 Filipino nationals and three Ethiopians, were safe onboard.

“It was observed that 70m long part of the ship’s keel was resting on the rocky and sandy bottom,” the navy informed on 24 January following a diving operation. “In the meantime, high tide experienced in the evening has refloated the bulk carrier and prevailing current helped to move the ship out of the danger. Naval divers are to carry out another underwater inspection of the ship to ascertain safe to sail condition of the ship once it anchored safely.”

The Sri Lanka Coast Guard vessel Samaraksha with officials from the Marine Environment Protection Authority (MEPA) also reached the scene, ready to manage an oil leak if it occurs.

What is more, a tug has been placed in the vicinity to provide assistance, if required.