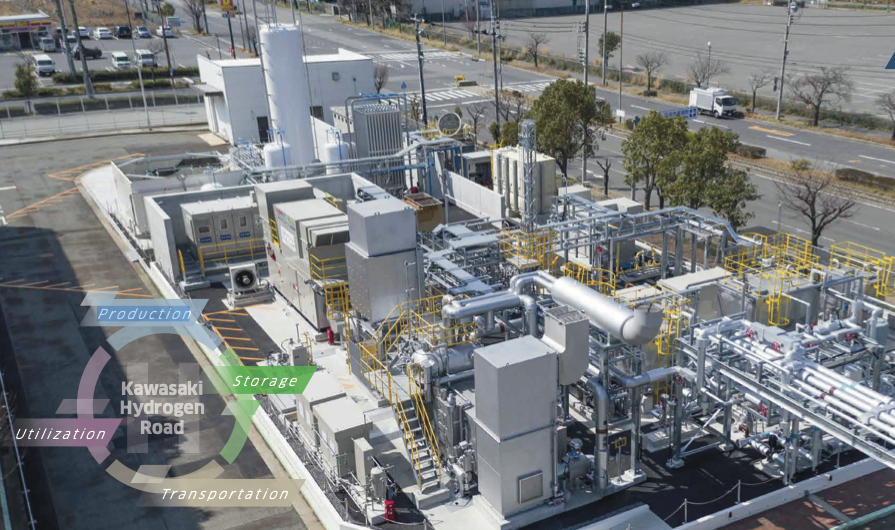 Operation testing has started at the facility, which will be used for a demonstration test for an international hydrogen energy supply chain to transport liquefied hydrogen from Australia to Japan.

The project is named Demonstration Project for Establishment of Mass Hydrogen Marine Transportation Supply Chain Derived from Unused Brown Coal and is subsidized by the New Energy and Industrial Technology Development Organization (NEDO).

The storage tank enables long-period storage of cryogenic liquefied hydrogen reduced to a temperature of -253°C and one eight-hundredth its initial volume.

The tank features a double-shell vacuum-insulation structure, comprising inner and outer shells with a vacuum-sealed layer in between to prevent heat transfer from the outside. Additionally, the tank adopts a spherical design, which is the best shape for reducing heat transfer.

“Kawasaki will utilize liquefied hydrogen storage tank technologies developed through this project to pursue even larger-sized tanks in the future, with the aim of realizing the high-volume hydrogen transport technologies necessary to achieve a hydrogen society,” the company said.