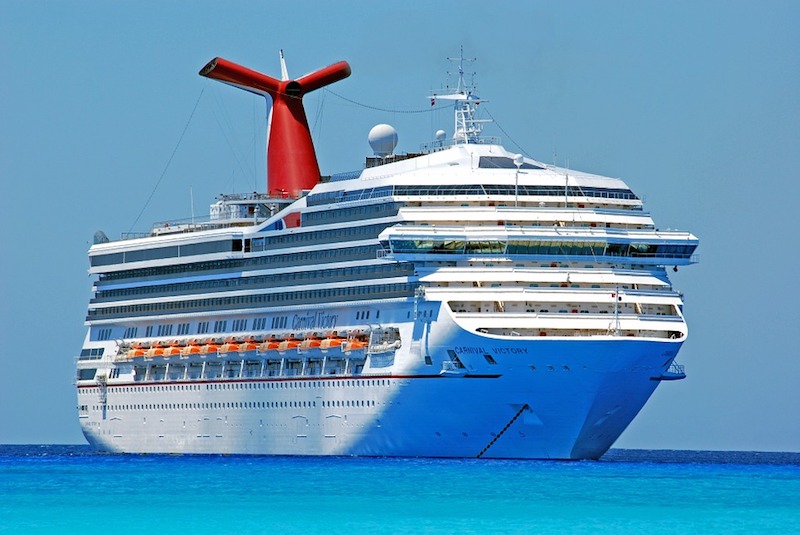 In reporting a $1.9bn adjusted net loss in the fourth quarter, Carnival Corp. said its cash burn rate was slightly better than expected and bookings for first half 2022 are ahead of 2019.The loss was worse than the Wall Street consensus estimate of $1.6bn. The US GAAP net loss was $2.2bn.

Fleet Optimization
Fifteen of the 19 less efficient ships targeted for removal have already left the fleet. In September, the company had announced 18 ships would exit. 'With the aggressive actions we have taken, managing the balance sheet and reducing capacity, we are well positioned to capitalize on pent-up demand and to emerge a leaner, more efficient company, reinforcing our industry-leading position,' Carnival Corp. & plc President and CEO Arnold Donald said. In total, the 19 ships represent approximately 13% of pre-pause capacity and only 3% of operating income in 2019. The sale of less efficient ships will result in future operating expense efficiencies of approximately 2% per available lower berth day and a reduction in fuel consumption of approximately 1% per ALBD.

Just one more newbuild delivery in fiscal 2021
The company recently took delivery of two ships and expects only one more to be delivered in fiscal 2021 compared to five ships that were originally scheduled. Based on the actions taken and the scheduled newbuild deliveries through 2022, the company's fleet will be more efficient with a roughly 14% larger average berth size per ship and an average age of 12 years in 2022 versus 13 years, in each case as compared to 2019.

Bookings update
At Dec. 20, cumulative advance bookings for the second half of 2021 are within the historical range, while bookings for the first half of 2022 are ahead of 2019. Carnival believes the continued build in bookings for the 12-month period ending May 2022 demonstrates long-term demand for cruising, despite minimal advertising and marketing. 45% take FCCs, 55% seek refunds
As of Nov. 30, approximately 45% of passengers impacted by cancellations have received enhanced future cruise credits and approximately 55% have requested refunds. This is unchanged since the prior quarter. Total customer deposits balance at Nov. 30 was $2.2bn, the majority of which are FCCs, compared to the total customer deposits balance of $2.4bn at Aug. 31. The decline in customer deposits is less than previous expectations. As of Nov. 30, the current portion of customer deposits was $1.9bn with minimal bookings relating to Q1 2021 sailings. Approximately 60% of bookings taken during the quarter ended Nov. 30 for fiscal 2021 were new bookings as opposed to FCCs rebookings.

Adequate liquidity for zero-revenue enviroment in 2021
CFO David Bernstein said Carnival ended the year with $9.5bn in cash and has the liquidity in place to sustain itself throughout 2021, even in a zero-revenue environment.'While we raised capital mainly through debt this year, in the last few months we opportunistically strengthened our capital structure by raising $2.5 billion through at-the-market equity offering programs and by the early conversion of $1.5 billion of convertible debt,' Bernstein said. Since March, the company has raised $19bn through a series of transactions.

Average monthly cash burn rate $500m, to go up
The company's monthly average cash burn rate in Q4 was $500m, slightly better than the $530m expected due to the timing of capital expenditures. The company expects the monthly average cash burn rate for the first quarter 2021 to be approximately $600m, including ship start-up costs.
Also included: ongoing ship operating and administrative expenses, working capital changes (excluding changes in customer deposits), interest expense and capital expenditures (net of unfunded export credit facilities). Excluded are scheduled debt maturities as well as other cash collateral to be provided (which may increase in the future). Carnival said it continues to explore opportunities to reduce its monthly cash burn rate.

Resumption of guest operations
Costa Cruises and AIDA Cruises resumed limited cruise operations in the quarter. Noting that many of its brands source the majority of their customers from the region where they operate, Carnival said this will be beneficial to resumption.
The company said the US Centres for Disease Control and Prevention's Framework for Conditional Sailing Order is subject to additional technical instructions and orders and may change based on public health considerations. While the framework represents an important step in returning to service, 'many uncertainties remain as to the specifics, timing and cost of implementing the requirements.'