Disused gas platforms to be removed by world's largest vessel 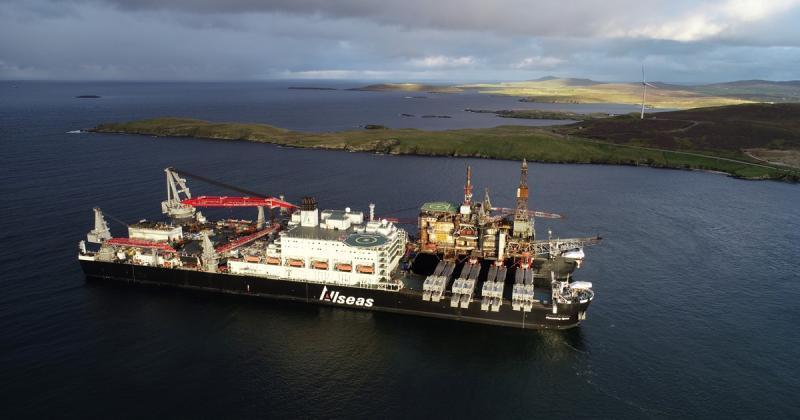 Final preparations for Spirit Energy’s DP3 and DP4 installations to be lifted from the East Irish Sea are underway, and the two 11,000-tonne platforms will be removed by Allseas’ Pioneering Spirit.

The infrastructure used to produce gas as part of Spirit Energy’s complex of eight installations in Morecambe Bay. As the field has matured, the reserves the platforms previously tapped into have been produced by the larger, manned Central Morecambe platform nearby.

Allseas’ 382-metre Pioneering Spirit will lift both the DP3 and DP4 platforms – well within its limits of lifting 48,000-tonne topsides. The infrastructure will then be transferred for recycling to the new facility operated by Cesscon Decom at Fife Energy Park in the UK.

Donald Martin, Project Manager at Spirit Energy, said: “After two years of preparing the DP3 and DP4 installations for removal, we’re now looking forward to one of the most significant milestones in the project with the removal of both platforms. “Seeing the Pioneering Spirit in the East Irish Sea will be an impressive sight –its capacity and single-lift methodology made it a good fit to safely execute this project."

The DP3 and DP4 installations first produced gas in 1985 when the South Morecambe field came online. The area continues to produce enough gas to heat one million UK homes every day thanks to production from the Central Morecambe, North Morecambe, DP6 and DP8 platforms.