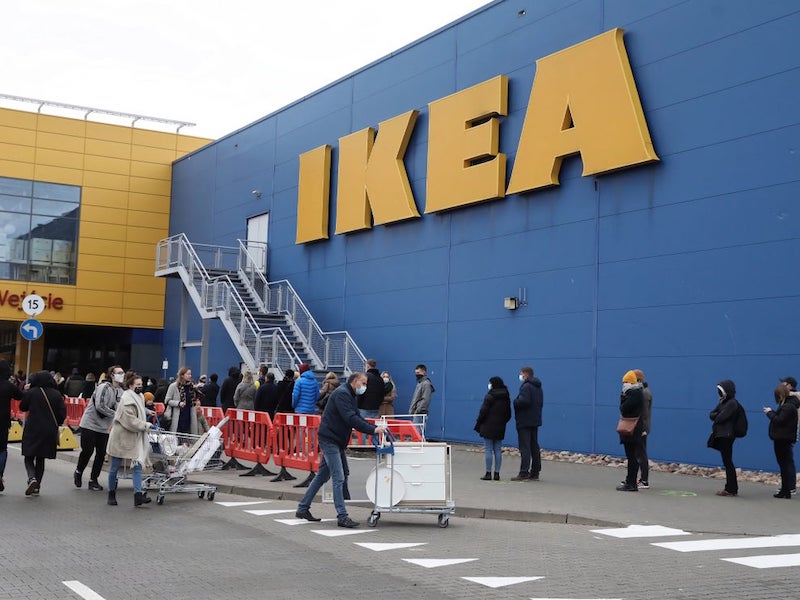 Ikea has become the latest victim of the UK’s gridlocked ports, with the retailer blaming delayed orders and stock shortages on the congestion, which is now also derailing food imports.

The Swedish chain said it was experiencing “operational challenges” as shipments of its flatpack furniture are held up at clogged ports. The hold-ups came as Ikea struggled to meet increased demand for home furnishings, which has soared this year as Britons have switched to homeworking.

Ikea’s social media channels have been besieged by angry customers, venting over late and missing furniture deliveries. The situation was made worse for some by long periods spent on hold to its contact centres.

One customer, Kathy Hall, said she had received her wardrobe doors but was told the frame would not be in stock until February. “If you don’t sort yourselves out and concentrate on giving a good customer service you will be out of business soon,” she tweeted.

The problems at Ikea came as Richard Ballantyne, chief executive of the British Ports Association, said the congestion issues were “cascading” beyond the container ports. He added that delays and queues at lorry ports on the east coast were now increasingly common. Ballantyne said: “We are seeing a big increase in traffic, which is now cascading across the wider ports industry. This is the result of a perfect storm of a global surge in container movements, the traditionally busy pre-Christmas period and people moving more goods before the UK’s Brexit transition ends. This is putting pressure on the logistics and storage sectors both in the UK and abroad. 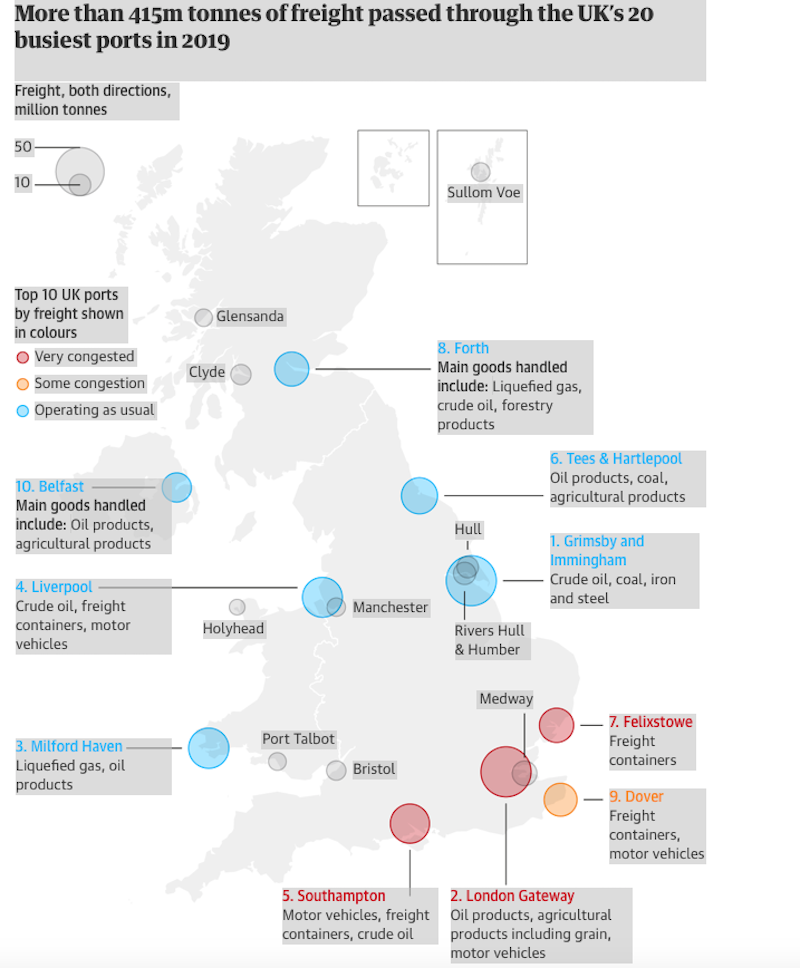 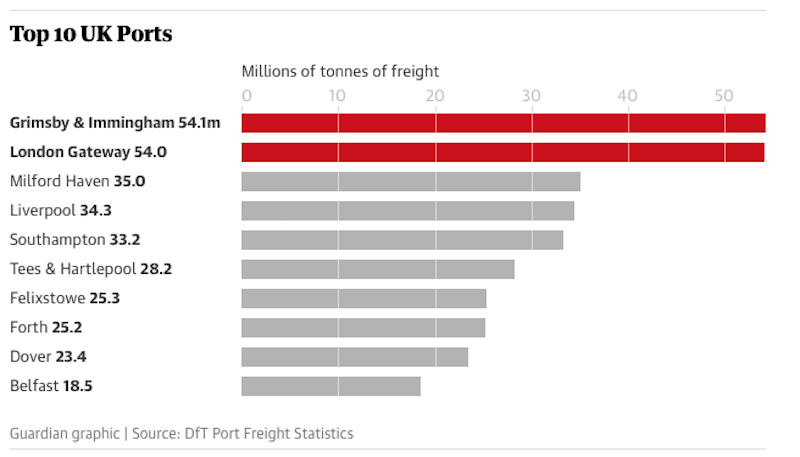 Dublin port, the gateway to Ireland’s economy, is also bracing for post-Brexit delays that could cause knock-on hold-ups in UK ports. The director of port operations for Stena, which operates Holyhead port in Wales, has expressed concern that congestion at Dublin will disrupt ferry schedules in Welsh ports, where Ireland-bound trucks face pre-clearance to meet Irish regulations.

Ikea told the Guardian it had been faced with “unprecedented” demand for its products, which include bestselling lines such as the Pax wardrobe and Billy bookcase. However, the strong sales had come at a time when Ikea’s “supply chain, including the ports and goods terminals where our products are received, has been impacted by Covid-19. Our product availability has been affected as a result,” it said. Ikea declined to say which ports it relied on but the most congested ports are the container ports of Felixstowe, Southampton and London Gateway, according to the supply chain risk advisory firm Resilience360.

Other retailers are also struggling to get stock into stores in time for the critical Christmas period. Toy stores, stores that sell electrical goods and builders’ merchants have all reported shortages and delays in receiving stock. The delays are also affecting other industries, with Honda forced to halt production at its Swindon plant this week due to a shortage of car parts.

In recent weeks the congestion at container ports has prompted vessels to “cut and run” – either partially unloading or skipping UK calls altogether to offload cargo at mainland European ports such as Antwerp, Rotterdam and Zeebrugge.