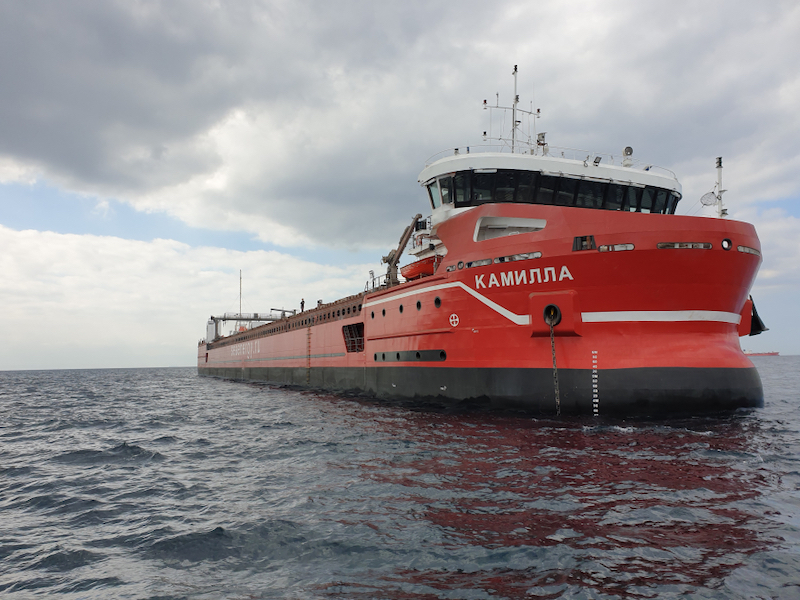 On December 7, in Moscow, the memorandum on intention to equip the series of 10 cargo-passenger ships with autonomous navigation (a-Navigation) systems was signed between the Sakhalin shipping company Morspetsservice and the developer of autonomous navigation systems Kronshtadt Technologies. A similar MOI was also signed on December 8 in St. Petersburg between the shipping company SeaEnergy and Kronshtadt Technologies to equip 10 more general cargo vessels.

The agreements define the projects and names of vessels, the schedule of their equipment, the location of onshore monitoring and control centers for autonomous vessels. Thus, Morspetsservice and SeaEnergy became the first companies in Russia to announce the creation of a commercial fleet of autonomous vessels.

The Morspetsservice company plans to equip a series of 10 vessels of the JM-410-Sakhalin and JM-408-Sakhalinets to provide sea freight and passenger traffic in the Far East, including the Sakhalin region. In accordance with the signed agreement, the lead ships of the series, MSS Pioneer and MSS Avangard, must be equipped by August 30, 2021.

The shipping company SeaEnergy, a part of MT-Group, plans to equip with a-Navigation systems a series of 10 multipurpose general cargo vessels of the U-Type project, which began operating this year in the waters of the Black Sea, the Sea of Azov and the Mediterranean Sea The lead vessel of the series, Kamilla is planned to be equipped by 31 December 2021.

Such opportunity became possible due to the implementation in Russia of ambitious a-Navigation project. Under this project a number of companies develops full range of technical solutions for autonomous navigation as well as regulatory framework for maritime autonomous ships (MASS) operation.

On December 5, Russian prime minister Mikhail Mishustin had approved the Decree on introductions of national wide experiment in MASS operation. It allows every shipping company to carry out MASS operation as a trial in accordance with the draft requirements of the Decree. The document is based on the IMO Interim Guidelines for MASS trials and prescribes full compliance with COLREGs-72. The detailed information about these changes was submitted by Russia to IMO MSC on 11 February 2020.

At the same time, the sea trials of technical solutions in real operation should be completed on board several vessels of SCF (tanker Mikhail Ulyanov), Rosmorport (the dredging convoy, Redut and Rabochaya) and Pola Group (general cargo ship Pola Anfisa), as reported by the project lead, head of Russian Industry Association MARINET Alexander Pinskiy.

“The developed solutions are based on the Comprehensive Functional Equivalence principle, which supposes strict fulfillment of the functions prescribed today for the crew on board by the current safety regulation in the autonomous mode. In general, we automated step by step almost every navigation function defined by STCW Code and Russian regulation in environment analysis, ship maneuvering, ship and technical systems control, etc. On one hand it gave us clear scope of requirements for the technical solutions. On another hand that allows to operate MASS within the framework of the current international regulation as is, without requiring to change it immediately, and to coexist with traditional ships”, he explained.

Previously Alexander Pinskiy announced plans to equip at least 100 autonomous vessels under the Russian flag in the next three years.