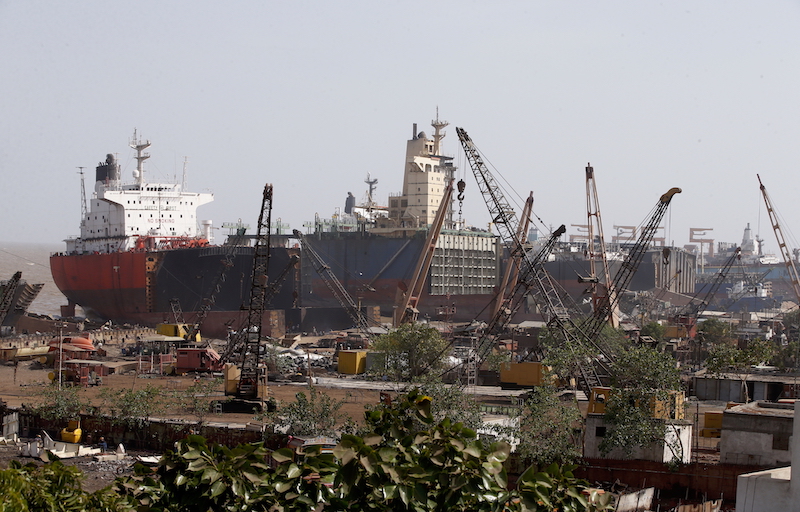 Lack of sufficient recycling capability among shipyards included in the EU list to dismantle large ships remains an issue, according to BIMCO, despite the EU’s efforts to expand the list of approved yards.

The EU Ship Recycling Regulation requires all large sea-going vessels sailing under an EU member state flag to use an approved ship recycling facility included in the list.
Last month, the European Commission added new companies to the list, pushing the total to 43 compliant facilities, 34 facilities located in its member states, including three in the UK, and 9 in third countries, including eight in Turkey and one in the United States.

“It is positive that the EU list of approved recycling facilities has been expanded, but the fundamental problem persists: the capacity required for the large EU-flagged fleet simply isn’t there, which is especially evident when it comes to recycling Panamax-size and larger ships in accordance with the EU regulation,” says BIMCO Secretary-General David Loosley.

The comment was given on the back of an updated Report on the European list of ship recycling facilities, commissioned by BIMCO. The report indicates that the rules still don’t reflect commercial realities and lag behind on capacity to scrap large commercial ships.

There are still a number of barriers for ship recycling adhering to the EU ship recycling regulation:
*Lack of capacity, especially for Panamax and larger ships
*Prices for steel at European yards are not competitive and commercially unviable
*Yards in northern Europe are focused on the significantly more profitable offshore decommissioning market
*The addition of Turkish yards is welcome, but ultimately doesn’t change the big picture
*Yards in India have improved, and it seems that they can live up to the safety and environmental requirements, but they are still excluded from the list.

“Turkey is to all intents and purposes, the only country on the list that provides recycling that is targeting  ‘panamax’ sized ship,” the report said. At present, Turkish yards are mainly busy with recycling cruise ships, and therefore not able to handle other ships types.

Specifically, COVID 19 had a major impact on the passenger shipping industry and as operating costs are increasing, liners are shedding their tonnage, seeling considerably amount of older vessels for recycling. Most of these large ships are going to Turkey. “It can be deduced that the Turkish facilities successfully tendering for these ships are full already; satellite imagery and news reports show ships clearly vying for position. It is also known that ships are slated for demolition in Turkey but are having to await a slot elsewhere,” the report adds.

Lack of sufficient recycling capability puts shipowners in a situation where they are unable to recycle their ships at yards on the list, leaving them no alternative than to reflag their aging ships to flag states outside the EU, BIMCO said.

“The intention of protection the environment and ensuring worker safety is spot on, but in BIMCO we would wish that the EU instead had aimed the good intentions toward ratifying the Hong Kong Convention,” Loosley says. The Hong Kong Convention aims to ensure safe and environmentally friendly recycling globally, which includes certification and enforcement. The convention was adopted in 2009, but has not yet entered into force. Regulations in the convention cover: the design, construction, operation and preparation of ships, to facilitate safe and environmentally sound recycling; the operation of ship recycling yards in a safe and environmentally sound manner; and the establishment of an appropriate enforcement mechanism for ship recycling, incorporating certification and reporting requirements.

Once ratified: ship recycling facilities will be expected to prepare a Ship Recycling Facility Plan in accordance with published guidelines and national authorities will be required to take measures to ensure that facilities under their jurisdiction comply with the convention.

On top of the lack of suitable shipyards, the price difference in steel will mean a loss of at least $ 150 per tonne, compared to recycling in an Indian yard, which could for example go to investing in more modern ships, the report indicates. It further shows that there are yards, which can comply, and which are commercially viable in India. 20 Indian ship recycling facilities have applied to the EU List, but none have been accepted.

Two Indian yards have been audited, and one of those yards was found to be acceptable, although the local infrastructure behind the yard, in terms of hospitals and the downstream waste management outside Gujarat, was not. BIMCO believes that this demonstrates that ship recycling is moving in the right direction in India.

In addition, BREXIT is a separate issue, where UK-based yards need to re-apply to the EU-list. Brexit cuts EU List maximum potential capacity by EU member states by almost 600 000 LDT, a highly significant amount. Namely, the UK-based yards that had been approved and used for EU-compliant recycling, would no longer be part of the list as of December 31, 2020. This means that ships flying a flag of an EU member state could no longer recycle ships there as the UK withdrew from the union on February 1, 2020.
Hence, Able UK Limited and Dales Marine Services Ltd facilities will have their authorizations expired on December 31, while the Belfast-based Harland and Wolff (Belfast) Ltd facility will be able to resume recycling activities until June 2025. That said, their inclusion would do little to alleviate the fundamental issues mentioned above, BIMCO pointed out.

Finally, there is the issue of Chinese facilities that have applied for inclusion on the EU List. However, following Beijing’s announcement that the import of foreign-flag ships for recycling was to be banned it is understood that EC Agent on-site inspections have been suspended. BIMCO said that industry stakeholders and shipowners continue in their support for China to re-enter international ship recycling, and to ratify the Hong Kong Convention.