1,900 Containers Lost Or Damaged On ONE Boxship 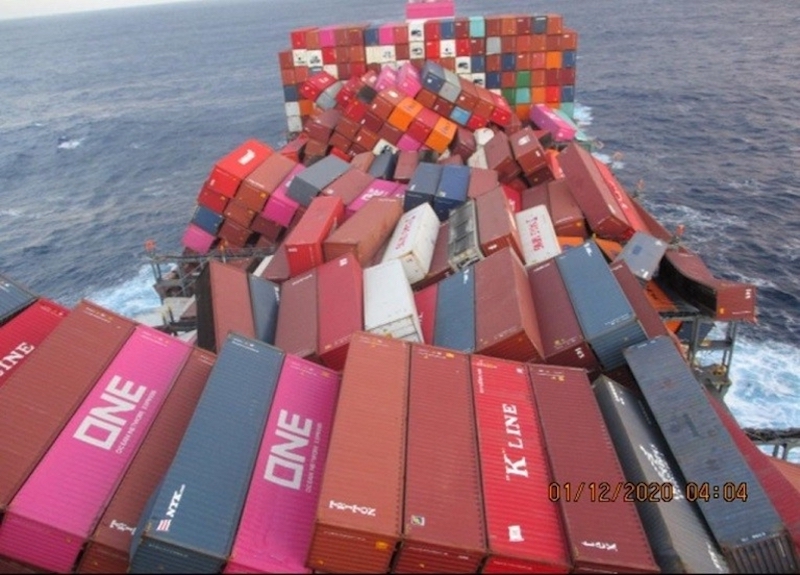 A loss of containers overboard the ONE Apus earlier this week could be the largest container loss since 2013.

ONE released a situation report that notified that 1,900 boxes or more could have been lost on Monday night when the vessel hit heavy weather in the Pacific.

“The vessel was on passage from Yantian to Long Beach, approximately 1600NM North West of Hawaii, when it encountered a violent storm cell producing gale force winds and large swells which caused the ONE Apus to roll heavily resulting in the dislodging of the lost containers.

“Early investigations onboard the ONE Apus have determined that the impacted container bays remain unsafe for close-quarter inspections; however, it is estimated that the number of lost or damaged units could exceed 1,900, of which some 40 are believed to be DG [dangerous goods] containers,” the statement said.

It added that the 14,000 teu vessel has abandoned its original destination and is now “proceeding in a westerly direction towards Japan with plans to seek a suitable port to right unstable containers, assess any damages and determine the exact numbers of containers lost”.