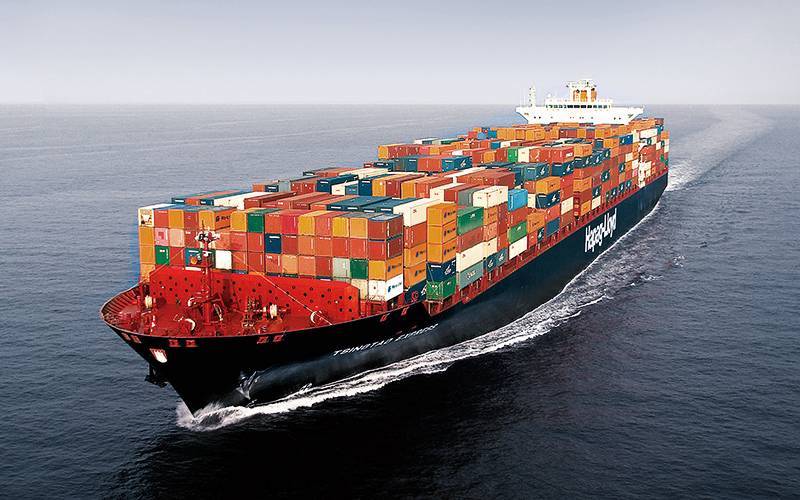 German container shipping company Hapag-Lloyd reported that two of its vessels were facing delays amid COVID-19 infection cases among the crew.

“During redelivery from the previous charter there was one crew member who tested positive for COVID-19 onboard CSL Manhattan during her port stay in Shanghai. The crew member is meanwhile disembarked from the vessel,” Hapag-Lloyd said.

Chinese health authorities now stated that CSL Manhattan needs to go into 14 days of quarantine on anchorage outside port area.

The German liner operator had to delay the ship’s sailing to the end of November, adding the released containers would be shifted to One Millau containership.

“All remaining bookings, where containers have not yet been picked up, need to be cancelled due to above mentioned unforeseen operational circumstances,” the company added “We regret the inconvenience caused by this incident which remains beyond our control and we are working with the relevant authorities on a timely resolution.”

Separately several members of the crew tested positive for COVID-19 on board the firm’s boxship Tsingtao Express, deployed in Pacific North Loop 4 (PN4), upon arrival of the vessel at Pusan, Korea.

“Local authorities were duly notified and crew was immediately isolated and brought to a quarantine facility ashore. We are hoping for a speedy recovery,” Hapag-Lloyd pointed out.

At the moment the vessel is located off the coast of Pusan and the company said it was assessing any potential impact on the vessel, cargo operations and berthing dates for subsequent ports.

“We will provide more information as soon as it becomes available,” the liner major said, adding it was working with the relevant local health authorities and abiding by all governmental directives as to this situation.

Over the past few months, several of the company’s ships have been faced with coronavirus infections on board.

A crew member on board Mehuin tested positive for COVID-19 in September, causing the ship to go into a 14-day quarantine, just a month after two crew members on board the 8,600 TEU Sofia Express tested positive while the vessel was at anchor at the Port of Vancouver, Canada.