Incidents against Ships in the Eastbound Lane of Singapore Strait 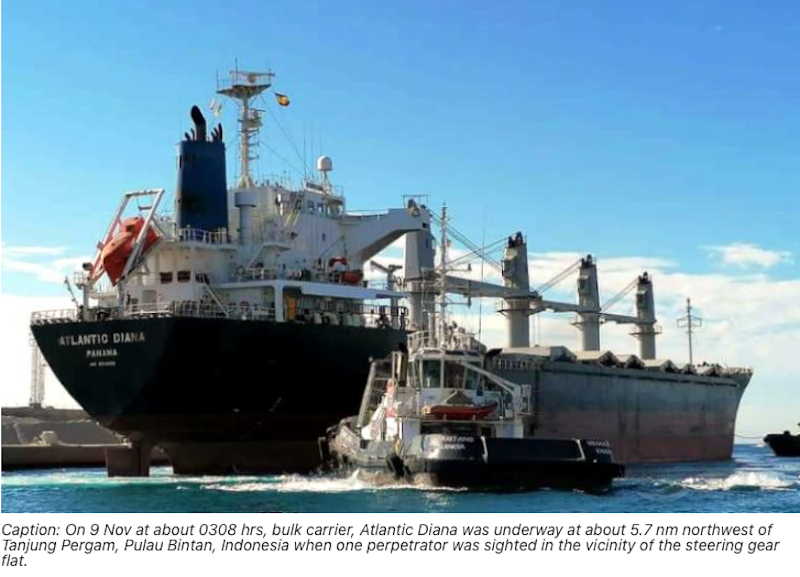 ReCAAP ISC today issued an Incident Alert on Incidents against ships in the eastbound lane of Singapore Strait:During 8 – 9 November 2020, three incidents of armed robbery against ships occurred on board ships while underway in the eastbound lane of the Traffic Separation Scheme (TSS) in the Singapore Strait. The incidents occurred within the interval of six hours and in close proximity to each other.

In all three incidents, there was no confrontation between the perpetrators and the crew.  Ship equipment and a lifebuoy were stolen in two of the incidents; and nothing was stolen in the other incident.

The ReCAAP ISC is concerned with the continued occurrence of incidents in the Singapore Strait.  As the perpetrators of these incidents are not arrested, there is a possibility of further incidents in the Singapore Strait. All ships are advised to exercise utmost vigilance, adopt extra precautionary measures and report all incidents immediately to the nearest coastal State. Ship master and crew are advised to keep abreast of the latest situation (at https://www.recaap.org) and tune-in to advisories and navigational broadcasts announced by the littoral States.  The ReCAAP ISC urges the littoral States to increase patrols and enforcement in their respective waters, strengthen coordination among them and promote information sharing on the latest situation, and the criminal groups involved in order to make arrests of the perpetrators.

The full Incident Alert is on the ReCAAP ISC website.

Accompanying the Incident Alert is the following quote from Mr. Masafumi Kuroki, Executive Director of ReCAAP ISC: "Since January 2020, 31 incidents of armed robbery against ships have been reported in the Singapore Strait, of which 27 occurred in the eastbound lane of the Traffic Separation Scheme. In addition to asking the shipping community to exercise upmost vigilance, we also urge the littoral states concerned to take enforcement actions to apprehend the perpetrators--without which the spate of incidents is likely to continue. All incidents, however ‘moderate,’ should not be ignored because the lack of arrests can embolden criminals to escalate their crimes." - Masafumi Kuroki, Executive Director, ReCAAP Information Sharing Centre