A Splash of Danger 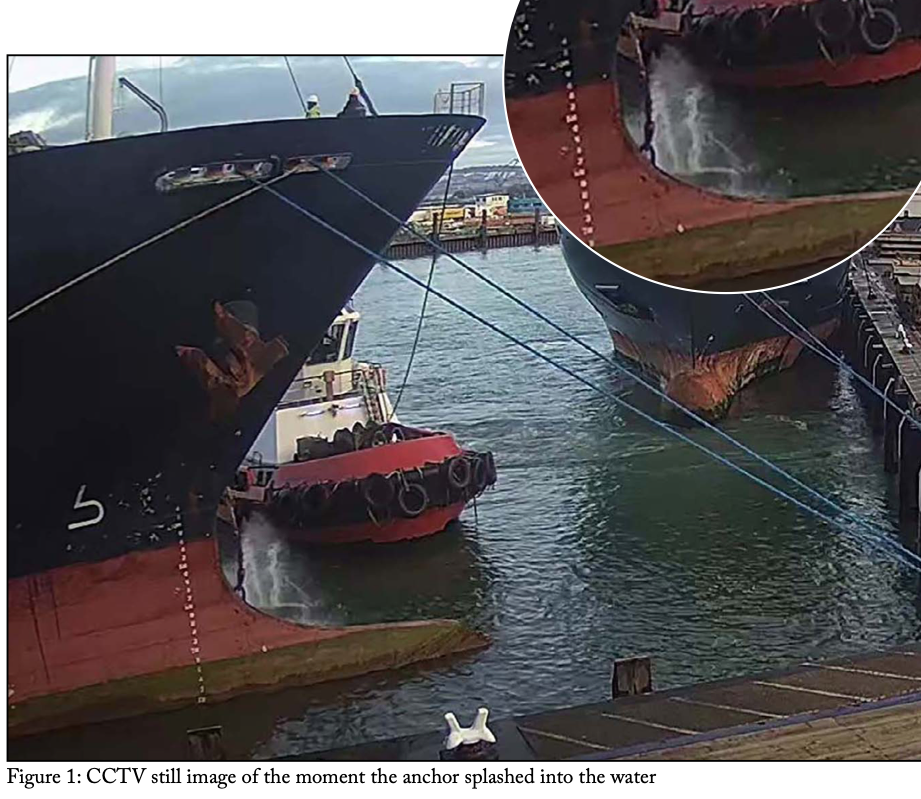 The crew of a cargo vessel were preparing for departure from their regular port, and a tug was connected at the bow and waiting to assist. All the mooring lines were still fast and the bosun was preparing to single up the forward lines, which would have included releasing the mooring winch brakes.

However, instead of releasing the mooring winch brakes, the bosun released the port anchor windlass brake, inadvertently freeing the port anchor, which dropped into the water extremely close to the tug (Figure 1). There was no damage to either vessel, and the departure proceeded without further incident after the port anchor had been retrieved. 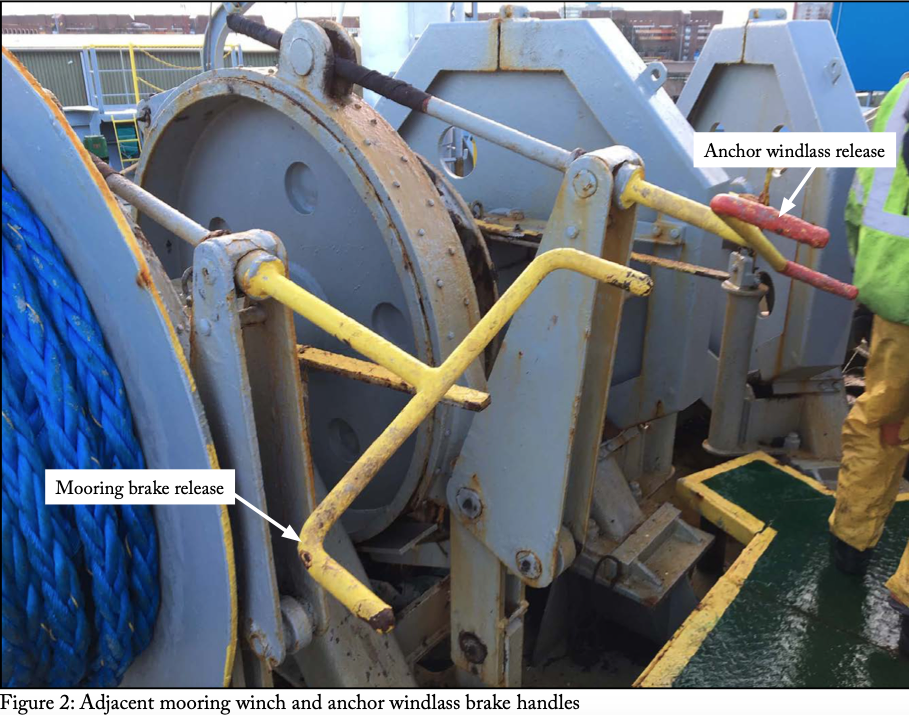 THE LESSONS
1. The brake release handles for the mooring winch and anchor windlass were next to each other (Figure 2). This arrangement is not unusual but does introduce the  risk of inadvertent release of the wrong handle. On this vessel, the crew had painted the anchor release red to assist with distinguishing between the handles. Nevertheless, when preparing to depart from harbour the bosun operated the wrong handle, resulting in the accidental release of the anchor. This occurred because in all other respects the anchor was ready for letting go, removing any safety barrier to prevent inadvertent release.

2. The bosun was experienced and familiar with the mooring and anchor arrangements; it was daylight, good weather conditions and the crew were rested, so fatigue was not a factor. Therefore, there were no clearly identified causal factors for the bosun’s erroneous action. Events like this can happen, and it highlights the need for carefully following procedures, teamwork and maintaining high levels of supervision when working on deck.

3. The anchor fell extremely close to the waiting tug. Had the tug been directly underneath the anchor with crew on deck, this accident could have had severe consequences. This serves as an excellent reminder of the hazards that exist for tugs, workboats or line handling boats when operating in close proximity to larger vessels.
Source: MAIB