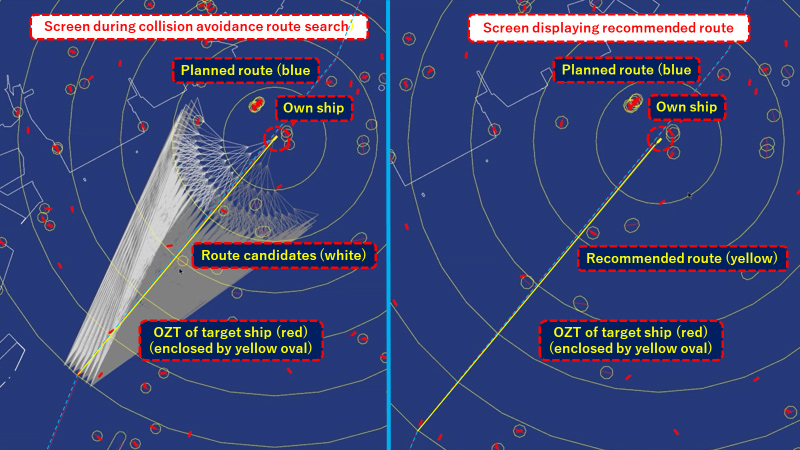 The company is teaming up on the study with MOL Marine, National Maritime Research Institute of National Institute of Maritime, Port and Aviation Technology (MPAT), Tokyo University of Marine Science and Technology, MOL Techno-Trade, and YDK Technologies.

As explained, the goal of the joint study is to develop an advanced navigation support system that will lead to autonomous collision avoidance, using rule-based artificial intelligence and deep reinforcement learning algorithm.

This will enable systems to estimate several Obstacle Zones by Target (OZT) among different ships and propose a route that minimizes the risk of a collision. OZT is an area where a vessel may possibly collide with the other vessel sailing around it. The algorithm conducts an evasive maneuver by navigating a course that avoids OZT. 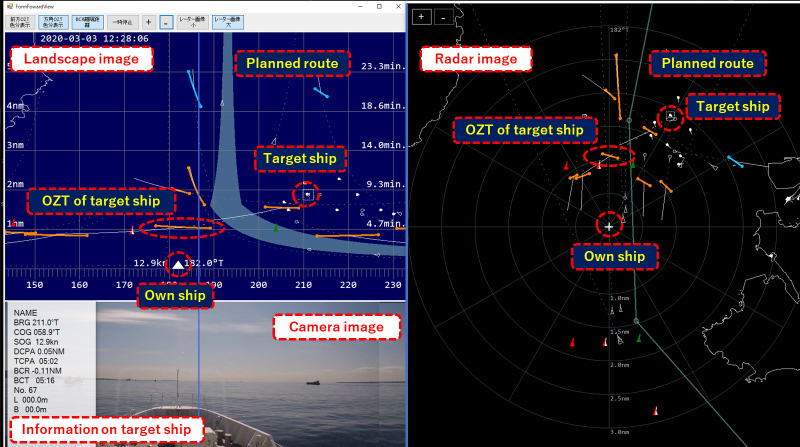 According to MOL, the test confirmed the ability to estimate OZT targeting several target ships in actual operation and develop and suggest avoidance routes in real time onboard and verified the system’s effectiveness in supporting collision avoidance

The test also aimed to develop a collision avoidance system that realizes medium-to-long-term strategies for avoidance navigation well before target ships pose a risk in congested sea lanes, and takes into consideration the experience of maritime officer and other personnel in terms of safety and security.