‘A positive signal for the future’: P&O Cruises welcomes Iona to fleet 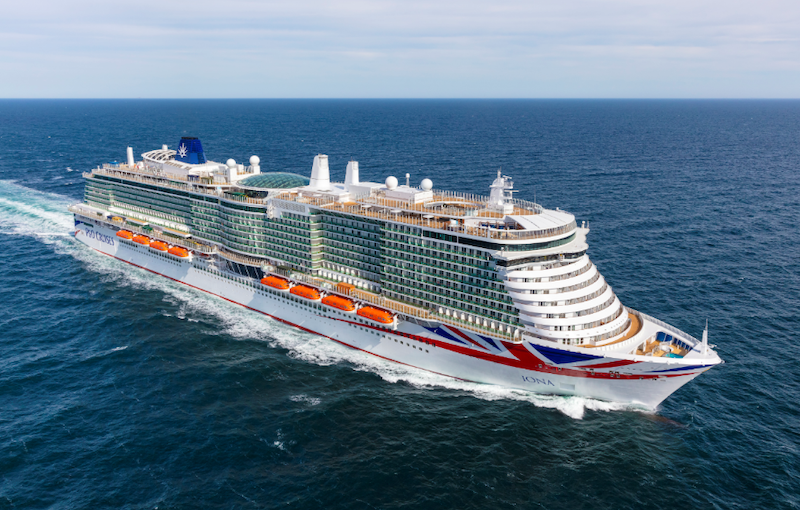 P&O Cruises has welcomed new ship Iona to its fleet, after months of delays due to Covid-19.

The cruise ship was delivered to P&O Cruises in an official handover ceremony in Meyer Werft shipyard, Germany, on Friday (9 October).
Iona was due to debut back in April with an inaugural Norwegian fjords cruise and was due to host IonaFest in July, but both were postponed due to the pandemic.

The new cruise ship was received by P&O Cruises president Paul Ludlow in the ceremony in Papenburg, who signed the Protocol for Delivery and Acceptance

P&O Cruises president Paul Ludlow said: “Iona’s delivery is a very positive signal for the future of cruising. “She is now officially part of the P&O Cruises fleet and we are focused on readying her to welcome guests during her new maiden season to Northern Europe, Spain, Portugal and the Canary Islands from our home port of Southampton. “Already eagerly anticipated by our guests, crew and the communities we visit, events this year have increased the sense of anticipation even more. “Whilst our operations are currently paused until early 2021 Iona will not be sailing for the moment but we look forward to our guests experiencing this game-changing ship as we will continue to offer unparalleled holidays at sea whilst also upholding the latest approved travel protocols.”

Iona will carry 5,206 guests in surroundings which include 13 entertainment venues, four swimming pools, an infinity pool and 16 whirpools.
The ship will also feature SkyDome, a large two-story glass dome which transforms from a calm pool area by day to a moon-lit entertainment area by night.

Other highlights of the ship include the first gin distillery at sea and the Oasis Spa with destination-inspired treatments.