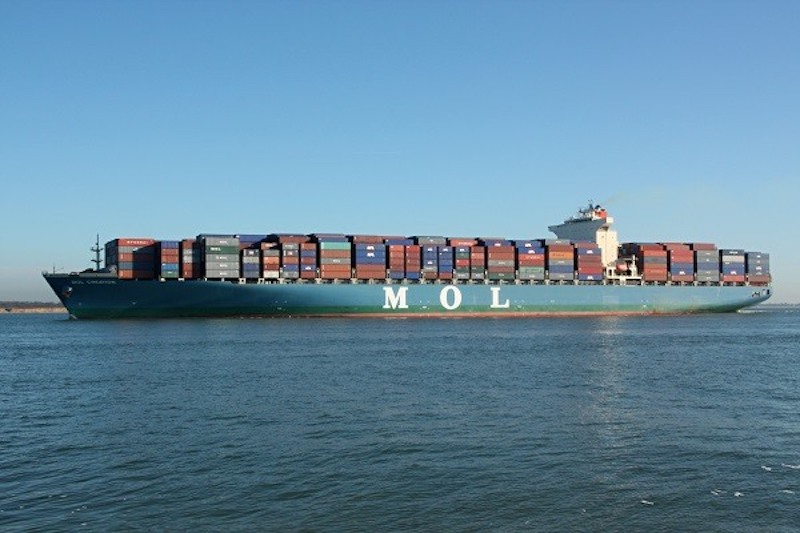 CARB said the violations were discovered during routine audits of the company’s 2017 and 2018 vessel fleet visits to the Port of Oakland.
According to the board’s investigation, from 2017 to 2018, MOL’s Oakland fleet did not meet the three-hour diesel engine operational time limits, and did not reduce auxiliary engine power generation by 70 percent as is required.

“Emissions from ships pollute communities adjacent to the Port, and also contribute to smog,” said CARB Executive Officer Richard Corey.
“This regulation requiring shipping fleets to reduce their diesel emissions while at berth has a profound impact on helping clean up air quality, especially in communities located near ports.”

To settle this case, the company agreed to pay $253,300 to the Air Pollution Control Fund to support efforts to improve air quality, and to comply with all applicable CARB regulations.

Power reduction requirements have been phased in over time and increased from 70 to 80 percent in 2020.

Fleets can accomplish this by turning off their diesel engines and connecting to grid-based shore power, or by using alternative technologies.
In 2017, 87 percent of all regulated fleets complied with the regulation, CARB said.

The board recently adopted a new At-Berth Regulation to seek additional emissions reductions by including smaller fleets and additional vessel types into the rule.