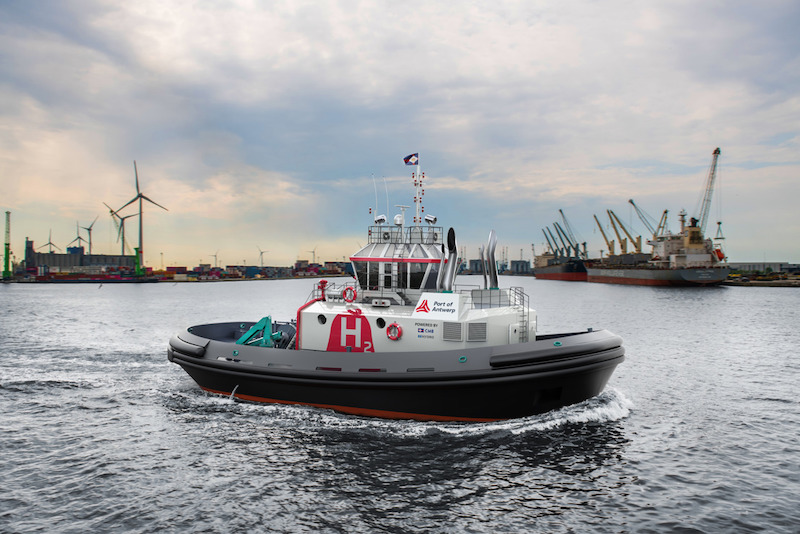 Over the past three years, BeHydro has developed, produced, and extensively tested a dual-fuel (diesel-hydrogen) engine with a capacity of 1 MW.

Based on this technology, larger engines of up to 10 MW can also be produced, CMB said.

As explained, due to dual-fuel technology, the engine can continue to supply power, even if no renewable energy or hydrogen is available.
A 1 MW BeHydro hydrogen-powered engine can supply green electricity to 3,000 families in Belgium and reduces CO2 emissions by 3,500 tons.

The engine produces as much energy as 1 wind turbine of 3 MW or 36,000 solar panels, according to the JV.

To remind, the Port of Antwerp ordered the construction of the tug in 2019 as part of its strategy towards becoming a CO2-neutral port.