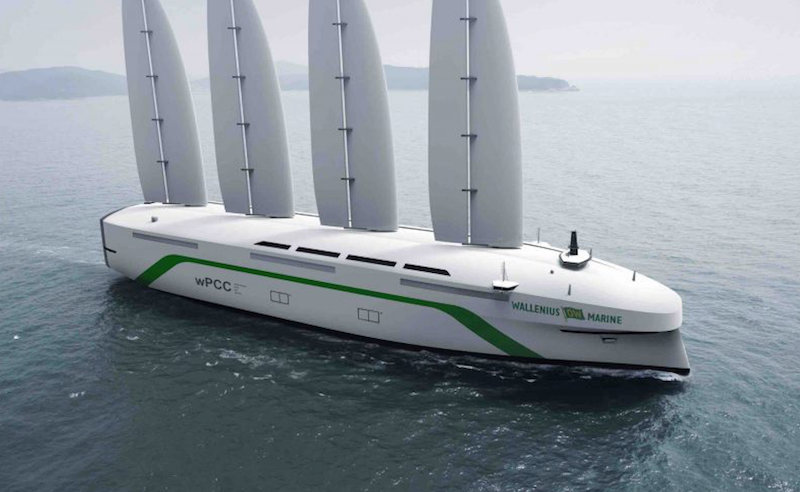 In a live webcast yesterday (10 September), Wallenius claimed that the Oceanbird design – which will be able to carry up to 7,000 cars – will ‘revolutionise transportation by sea’ as it is ‘powered by wind with reduced emissions by 90%’.

The company claimed that Oceanbird shows that ‘zero-emission shipping is possible, using wind as the main energy source’.

Per Tunell, COO Wallenius Marine, commented: ‘We are proud to present our third iteration of our design, which we have worked with for several years.’ Tunell continued: ‘It is critical that shipping becomes sustainable. Our studies shows that wind is the most interesting energy source for ocean transports and with the 80 metre high wing sails on Oceanbird, we are developing the ocean-going freighters of the future.’

Carl-Johan Söder, Ph.D. Naval Architect, Wallenius Marine said: “Our design features a unique combination where the hull and rigs work together as one unit and has been specifically optimised for sailing the oceans. With our configuration the vessel will have an average speed of 10 knots on a typical Atlantic crossing. A North Atlantic crossing with Oceanbird will therefore take around twelve days, compared to the eight days it takes conventional vessels.’

Oceanbird is a collaborative project between Wallenius Marine and its Swedish partners KTH (the Royal Institute of Technology) and SSPA, with support from the Swedish Transport Administration, which is acting as a co-financier.

According to Richard Jeppsson, VP Commercial & Partnership for Oceanbird, testing with seven-metre models recently began in open water. The design will be ready for orders in 2021 and the partners are aiming for a ‘possible launch’ in 2024.