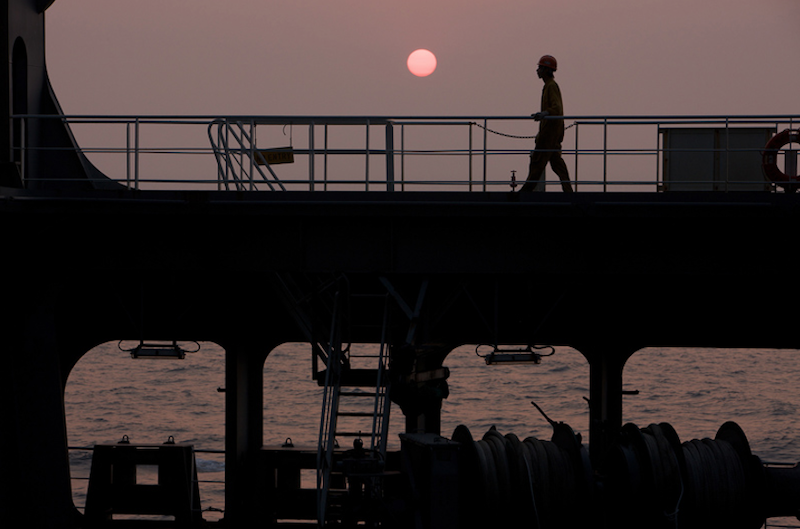 The distressed seafarers are receiving assistance from the ITF Arab World and Iran Network to survive and get home, the global union federation of transport workers’ trade unions said.

ITF drew attention to two recent cases of seafarer abandonment — one is aboard the Tanzanian-flagged RoRo vessel MV Nader and the other onboard the Comoros-flagged singledecker Reggae.

“The situation is getting worse here on board. The ship is out of diesel for lighting. I’m really afraid something bad will happen, I swear the crew could harm themselves.” This was one of many messages that Mohamed Arrachedi, ITF Arab World and Iran Network Coordinator, has received during the crew change crisis this year. It was from one of the six Egyptian crew stranded on the 3,423 GT Nader in the Port of Suakin, Sudan. These seafarers had been abandoned on board the 43-year-old RoRo cargo vessel in the Red Sea since November 2019.

Since the ITF network was set up two years ago, Arrachedi estimates that around seven out of every 10 calls he receives are calls for help from crew abandoned on ships without pay or provisions.
“I am dealing with 15 vessels now – vessels abandoned in Sudan, the United Arab Emirates, Egypt, Kuwait, Yemen, Lebanon and Libya. All are in different situations, all suffering very hard living conditions, very hard family situations, stranded in limbo waiting to go home,” Arrachedi said.
For nine months the crew on the Nader faced almost daily shortages of food, fresh water and fuel to keep the ship’s lights on.  “Abandonment is the cancer of the shipping industry. We observe with concern a worrying increase of cases in the Arab region. Some unscrupulous ship owners think they have impunity in the region,” Arrachedi noted. “There are many countries here that have not ratified the Maritime Labour Convention, however there are many cases now being reported in the region as seafarers become more aware that we can help,” he added.

According to the ILO Abandonment of Seafarers database, the Middle East accounts for around 80 of the around 200 active cases worldwide. Of all cases of abandonment recorded on the ILO site, 340 were reported by the ITF. Of the 197 resolved cases worldwide, 157 involved the ITF.

The MV Nader is one of them. The six crewmembers returned home to their families on 25 July this year with their $60,308 in wages owing.
In the case of the general cargo vessel MV Reggae, priority was given to the sale of the vessel, before the crew’s needs. The vessel was abandoned in Tunisia in 2019, then again in Turkey. “We are abandoned seafarers. We have not been paid our wages,” the crew texted Arrachedi.
“We haven’t had meal from yesterday evening. The situation here on board is getting bad and we don’t have diesel even for lighting. We wait your call.”

According to the ITF, the crew had written to the owners of the vessel in March, requesting repatriation in accordance with Maritime Labour Convention, citing mental health concerns and five months unpaid wages.

Repeated attempts by the ITF to contact and call on the flag state, Comoros, to intervene were ignored. “It is really worrying that flag states won’t reply, even when the complaint is about seafarers starving on ships without food and water. The results could be fatal,” Arrachedi further said
Months went by with a total impasse as the ship sailed from Tunisia to Volos, Greece and then Nemrut, Turkey and back again. With time, some of the crew buckled.
The Turkish crew disembarked on 1 April, when the vessel was in their home port – with part of their wages still owing. But the five Indian crew remained on board. Finally, on 28 July, they flew home to their families, all $52,850 in wages in hand.

The ITF Inspectorate has vowed to keep abandonment an ITF priority. “What we are fighting is a notorious model of slavery at sea. We must work in collaboration with international authorities to eradicate it,” Arrachedi concluded.

On 11 September, UN entities have issued a joint statement to urge action on the crew change crisis. Entities including IMO, ILO, UNCTAD, IOM, FAO, OHCHR, ICAO, and the UN Global Compact called all UN member states “to take action to urgently resolve the crew change crisis to avert a humanitarian disaster that will also affect the safety of shipping, the protection of the marine environment, the continuation of efficient trade and the recovery of the world economy”.

The maritime shipping sector moves more than 80 per cent of global trade and is a crucial component of the global economy. As a direct result of the COVID-19 pandemic this sector, and, in particular, the seafarers who drive it, are facing severe challenges in making the necessary crew changes of seafarers.

Actions taken by many governments that limit or prevent ship operators from conducting crew changes is the single most pressing maritime operational challenge to the safe and efficient movement of global trade. This has created a humanitarian crisis, with approximately 300,000 seafarers trapped working aboard ships who cannot be repatriated, and an equal number of unemployed seafarers ashore because they are unable to board ships.

Those on board have had their contracts extended, sometimes beyond 17 months, and are facing fatigue and physical and mental health issues, leading to fears of self-harm and suicide.

The rights of seafarers, as enshrined in the Maritime Labour Convention, 2006 (MLC 2006), as amended, and other international instruments, have not been fully respected by all governments, notably their rights to shore leave, annual leave, a maximum period of service on board (11 months), repatriation, and access to medical care onboard and ashore.

While many states have responded to these statements and calls for action, the rate of crew changes continues to be far below what is needed to avert a humanitarian disaster.

In the joint statement, all United Nations member states are requested to undertake the following actions:
*designate seafarers as ʺkey workersʺ providing an essential service, to facilitate safe and unhindered embarkation and disembarkation from their ships;
*undertake national consultations involving all relevant ministries, agencies and departments, to identify obstacles to crew changes, and establish and implement measurable, time-bound plans to increase the rate of such crew changes;
*consult with representative shipowners’ and seafarers’ organizations when developing and implementing measures related to, or that have an impact upon, crew changes of seafarers; in particular – for those States who have ratified the MLC (2006) – in relation to achieving full compliance with the obligations enshrined in the Convention;
*refrain from authorising any new extension of seafarers’ employment agreements beyond the default maximum period of 11 months, in accordance with the MLC, 2006;
*facilitate the diversion of ships from their normal trading routes to ports where crew changes are permitted;
*accept internationally-recognized documentation as evidence of their status as key workers and that the purpose of their travel and movement is to undertake crew changes;
*provide seafarers with immediate access to medical facilities in the port State.
*When the required medical care cannot be provided in the port of call, facilitate the medical evacuation of seafarers in need of urgent medical attention.
*Address the situation of seafarers who, due to the unforeseen extension of their periods on board, are facing the expiration of essential medical prescriptions;
*review (working in conjunction with health, immigration and other relevant ministries, agencies and authorities) the necessity of any national and/or local restrictions that may continue to apply to the movement and travel of seafarers in relation to crew changes, including allowing exemptions from quarantine or similar restrictions in accordance with relevant international rules or health regulatory guidelines;
*increase access to commercial flights to and from the principal countries of origin of seafarers, and airports in reasonable proximity to seaports where crew changes are effected. Where scheduled commercial flights are not available, authorize landing slots for chartered flights, or include seafarers on other repatriation flights for citizens and permanent residents;
*allow seafarers who are their citizens or permanent residents to return home, and take all actions to expedite their return;
*facilitate the clearance of seafarers who are citizens or permanent residents of their State, so that they can travel to join ships;
*undertake bilateral and multilateral discussions between governments to eliminate obstacles to the movement of seafarers leaving or joining ships;
*implement guidance issued by the United Nations agencies and disseminate guidance developed by the maritime sector, aimed at ensuring safety and health of seafarers and the public;
*take any other actions deemed useful to address this issue.