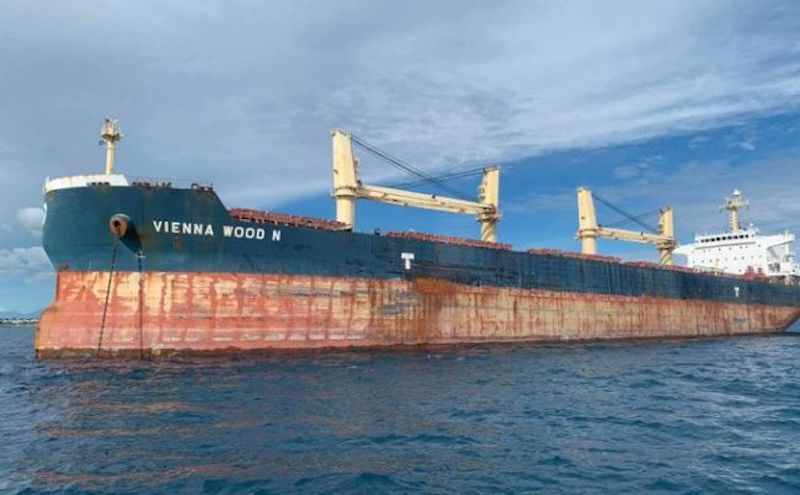 The Philippine Coast Guard will continue to pursue criminal charges against the owners of MV Vienna Wood, a Hong Kong-flagged bulk carrier, which was involved in a deadly collision with a fishing vessel in June southwest of Manila.

The decision is being announced on the back of settlement reached between the owners of the ship, Greece-based Nomikos Transworld Maritime with the families of missing fishermen from the sunken FV Liberty 5 fishing vessel, and its owner Irma Fishing and Trading Inc.

A total of 14 people, 12 fishermen and two passengers aboard the fishing vessel went missing following the collision and have not been found.

Following the incident, the coast guard filed a motion to prevent the 20 crew members of the vessel from leaving the Philippine waters under the charges of reckless imprudence resulting in multiple homicide and damage to property.

A P 40-million settlement to Irma Fishing and Trading Inc. and P1 million each for families of the missing fishermen were initially agreed upon by both owners.

As disclosed, the initial settlement amount was increased by the owner of the ship, the details of which have not been disclosed.

Based on the latest AIS data from Marine Traffic, the ship, which has been deemed unseaworthy due to damage to its stern, remains at anchor in Batangas Bay.

The coast guard said that it would respect the decision of the court with regard to its criminal charges against the ship’s owner.