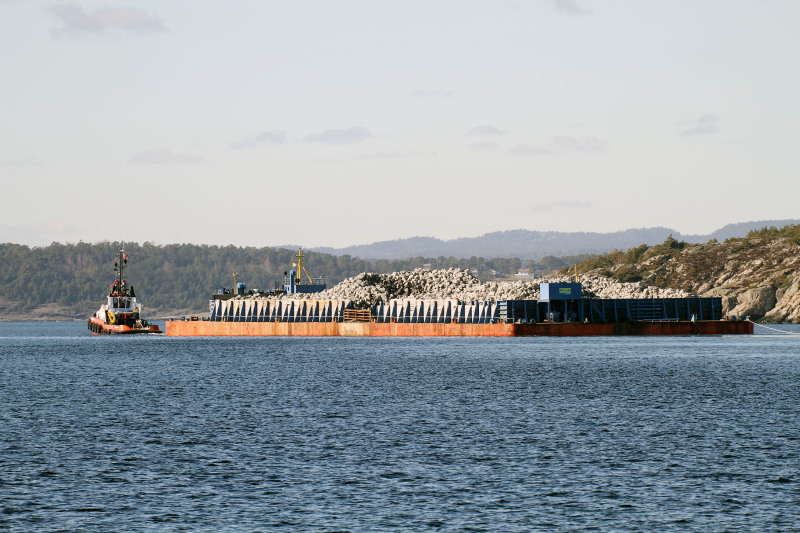 The Admiralty Court has for the first time considered what might constitute the meaning of “operator” or “manager” under the 1976 Limitation Convention. In Splitt Chartering APS, Stema Shipping A/S, Maibau Baustoffhandel GmbH, and Stema Shipping (UK) Limited (Claimant) v. Saga Shipholding Norway AS, RTE Reseau De Transport D’Electricitie SA and others (Stema Barge II) [2020] EWHC 1294 (Admlty), the Court concluded that a manager must be “entrusted by the owner with sufficient of the tasks involved in ensuring that a vessel is safely operated, properly manned, properly maintained and profitably employed” to justify the description.

The Court also concluded that the ordinary meaning of “the operator of a ship” in article 1(2) of the Convention embraces not only the manager of the ship but also the entity which, with the owner’s permission, directs its employees to board the ship and operate it in the ordinary course of the ship’s business. Article 1 of the Convention states that:
“Shipowners and salvors, as hereinafter defined, may limit their liability in accordance with the rules of this Convention for claims set out in Article 2. The term ‘shipowner’ shall mean the owner, charterer, manager or operator of a seagoing ship.” Stema Shipping (UK) Limited was contracted by a UK civil engineering consortium to provide rock armour to repair a railway line between Dover and Folkestone recently weakened by storms. Stema UK purchased the rock armour from its associated company, Stema Shipping A/S, a Danish limited liability company. The rock armour was transported from a quarry in Norway on the barge Stema Barge II, owned by Danish Company Splitt Chartering APS and chartered to Stema A/S (“Stema Barge II interests”).

On November 7, 2016, the barge arrived off Dover under towage where it then anchored. Stema UK personnel thereafter were involved in removing the rock armour to the beach. On November 20, 2016, the barge began to drag its anchor in poor weather caused by Storm Angus and during the early hours of that morning an undersea cable supplying electricity from France to England registered a tripping. The owners of the undersea cable, RTE Reseau de Transport d’Électricitié SA, contended that the cable was damaged by the barge’s anchor.

COURT MOVES
In Danish court proceedings, RTE claimed Euros55 million for damage to the cable against Splitt Chartering APS and Stema A/S. Stema UK sought a declaration of non-liability in the English Admiralty Court, which action is currently stayed. Stema Barge II interests also instituted a limitation claim in the English Admiralty Court, seeking to limit their liability to RTE to 5,309,200 SDRs (currently about £5.5m) under the Convention (as enacted in England pursuant to the Merchant Shipping Act 1995, Section 185).

The defendants to the limitation claim (including RTE) accepted that Splitt Chartering APS (as the barge owners) and Stema Shipping AS (as charterers) were persons entitled to limit their liability under the Convention, pursuant to article 1(2). However, Stema UK sought to argue that it was also entitled to limit its liability to RTE because, at the time of the incident, it was the operator/manager of the barge.

RTE challenged Stema UK’s right to limit its liability on the ground that it had no direct responsibility for the management and control of the commercial, technical or crewing operations of the ship and was not, therefore, an entitled person for the purposes of article 1(2). The Court considered both the activities of management and operating and concluded that the “operator of a ship” and the “manager of a ship” were very closely related and connected functions. The “manager of the ship” was a person entrusted by the owner with a sufficient number of tasks related to ensuring that a vessel was safely operated, properly manned, properly maintained and profitably employed. However, it might not include someone who was entrusted with just one limited task as that might be described as assisting in the management of the ship, rather than as being the manager of the ship.When analysing the meaning of the “operator of a ship” the Court considered whether (as Stema UK argued) it might include those on board the vessel physically operating the vessel’s machinery. The Court concluded that such individuals were covered by article 1(4) of the Convention (which allows any person for whose act, neglect or default the shipowner or salvor is responsible to avail themselves of the limitation of liability provided for by the Convention), and were not, therefore, to be included under article 1(2). Instead, the Court suggested that the role of “operator” was “one which has a notion of management and control over the operation of the ship”.

On the facts, the Court found that Stema UK was involved in choosing and surveying the anchorage area off Dover and sending their barge master and crew on board to anchor the barge and thereafter setting up the barge to be left unmanned. During the discharge operations, those same crew operated the barge’s machinery to ensure that it remained safely ballasted. Stema UK also monitored the position of the barge and, when the weather forecasts worsened, helped the owner and charterer in deciding whether to leave the barge where it was or to tow it to a place of shelter.

On that factual basis, the Court found that it was appropriate to describe Stema UK as the operator of the barge off Dover. It was, therefore, entitled to limit its alleged liability for the damage to the cable.This is the first time that the Admiralty Court has considered the meaning of the phrase “manager or operator of a seagoing ship” in article 1(2) of the Convention. The Court has provided some helpful observations and guidance on who might be covered by these words, particularly where marine units (including units which are not self-propelled) are assisting in offshore or onshore activities.