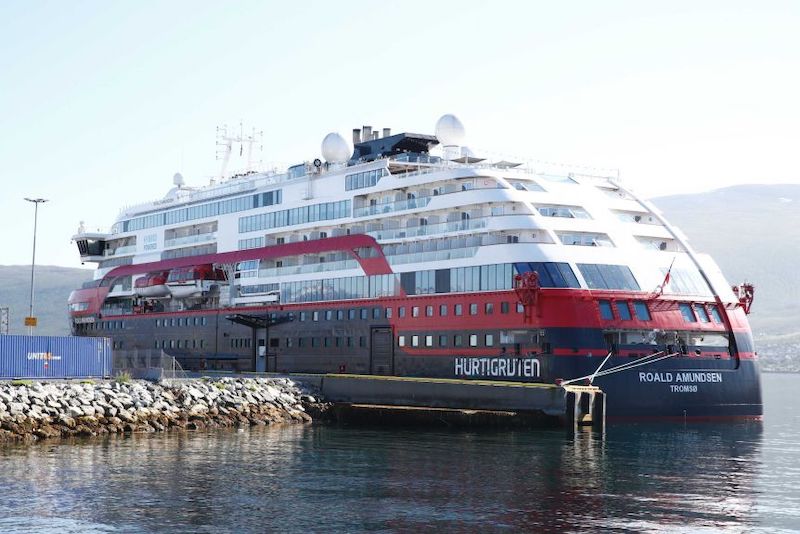 It has not been a good start to reopening for cruise liners, with some of the first cruises to resume after coronavirus-related shutdowns immediately recording fresh COVID-19 outbreaks.

Several cruises that resumed in parts of Europe and the Pacific last month have been forced to limit activities due to outbreaks at sea.

Norwegian authorities have barred all cruise ships with more than 100 people on board from disembarking at its ports from Monday, after cases of COVID-19 were reported late last week on a ship that had already disembarked. At least 41 passengers and crew who were on board the MS Roald Amundsen, operated by Norwegian company Hurtigruten, have so far tested positive for the coronavirus. Hundreds more on board were told to self-isolate for 10 days, local public health officials said.

OUTBREAKS IN EUROPE AND THE PACIFIC
Norway is in touch with Germany, Denmark, Austria, Philippines and Latvia as passengers and crew on board came from these countries, officials said.
Ships that have already departed will be able to offload passengers and crew at Norwegian ports, but those yet to start journeys will not be able to do so, Norwegian Health Minister Bent Hoie said.

The new rules are effective for the next 14 days.

So far, five of the combined 387 passengers travelling on the ship on two separate cruises since July 17 have been found to carry the virus, the Norwegian Institute of Public Health and the Tromsoe municipality said.

Hurtigruten was the first cruise operator worldwide to return an oceangoing cruise ship to service in mid-June, touting reduced passenger capacity, social distancing and strict rules on hygiene. It will now suspend all so-called expedition cruises until further notice. "We have failed," CEO Daniel Skjeldamn told a news conference. "I apologise strongly on behalf of the company."

Meanwhile, industry and local media outlets reported that passengers aboard a cruise in the Pacific were told to stay in their cabins after a suspected case of COVID-19 was detected on Saturday. Having only resumed service in mid-July, the Paul Gauguin was on its first international voyage when forced to abandon its itinerary and return to port in Tahiti. 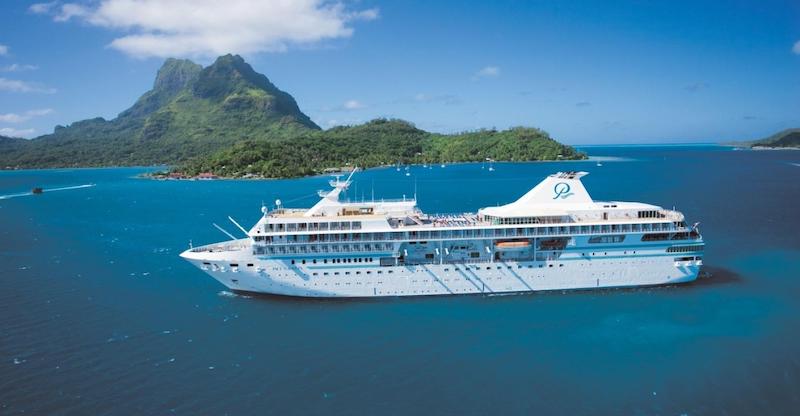 The Paul Gauguin's owners, the French cruise operators Ponant, had earlier promised "measures which go further than the international standards for the sector".

RESTRICTIONS ON CRUISING AROUND THE WORLD
Cruises planned in Britain for September have been cancelled by Hurtigruten due to the MS Roald Amundsen outbreak.

According to the US Centers for Disease Control (CDC): "Cruise ships are often settings for outbreaks of infectious diseases because of their closed environment and contact between travellers from many countries." It is this that has given cruise ships the unflattering moniker of "floating petri dish".
"More than 800 cases of laboratory-confirmed COVID-19 cases occurred during outbreaks on three cruise ship voyages, and cases linked to several additional cruises have been reported across the United States," the CDC said in March as it implemented a No Sail Order for all cruise ships. The CDC said this No Sail Order would last at least until September 30, or until the US Government no longer deems COVID-19 a public health emergency.

Similarly, Australia has imposed a ban on cruising until at least September 17, after the Ruby Princess became the source of one of Australia's largest coronavirus outbreaks. "The Australian Border Force has been in constant contact with the cruise industry, which has been cooperative, and understands the Government's overwhelming priority to ensure the health and safety of the broader Australian community," the ABF said in a statement. Queensland Health will not allow foreign-flagged cruises to enter the state's waters "until the end of the declared public health emergency".

The Government of Canada has prohibited cruise ships carrying more than 100 people from operating in Canadian waters until October 31.

And while tourism-reliant Spain began reopening for foreign travellers in June, its ban on cruise ships entering its ports remains indefinite. Nevertheless, Swiss operator MSC Cruises has said it plans to operate cruises in the Mediterranean from the second half of August onwards.

WHAT'S NEXT FOR THE CRUISE INDUSTRY
Many expect that most of the industry won't meaningfully resume operations until at least 2021.

The world's largest cruise company Carnival lost $US4.4 billion ($6.2 billion) in the second quarter of 2020, including a $US2 billion ($2.8 billion) loss from selling off some of its cruise ships. "The company is unable to definitively predict when it will return to normal operations," it said in a statement. "We absolutely believe when we come out of this we will lean into our repeat cruisers," Carnival's president, Christine Duffy, told Reuters. "They really are the ambassadors for the cruise industry."

Others have been pessimistic.

"It is no exaggeration to suggest this crisis could spell the end of the line for an industry already on the nose for its social, health and environmental problems," wrote Freya Higgins-Desbiolles, a tourism expert from the University of South Australia, earlier this year. "Now the industry's carefully honed image of cruise ships offering the right balance between fun and security looks sunk. Whatever remains after this crisis will need a complete overhaul."