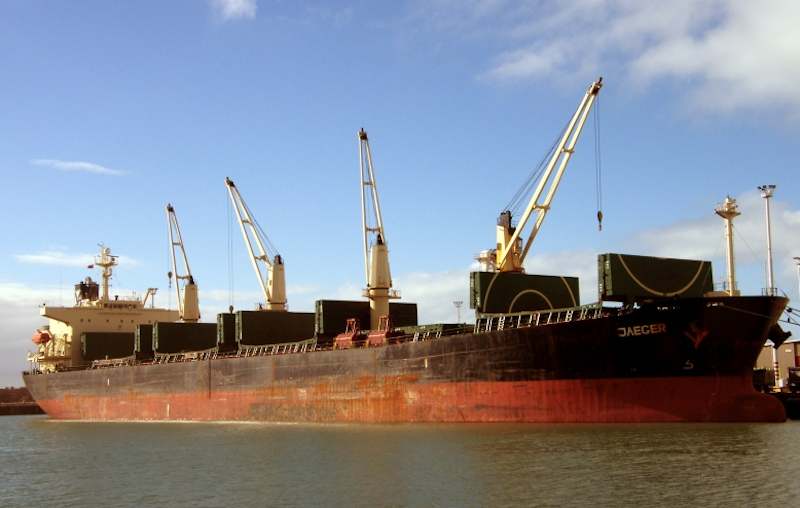 Eagle Bulk Shipping Inc., one of the world’s largest owner-operators within the Supramax / Ultramax Drybulk segment, today reported that it has successfully resolved a security incident on board the vessel M/V Jaeger involving an armed security guard.

On July 21, 2020, M/V Jaeger embarked three security guards in the Indian Ocean before sailing towards the Red Sea, as the Company has done for all transits through the High Risk Area (HRA) over the past 10+ years, in accordance with industry best practices.

Once on board, one of the guards did not surrender his weapon to the vessel’s Captain as is normal protocol, and then took control of and deviated the ship from its course as he voiced his grievances and demanded compensation. While the guard discharged his weapon on board the vessel, at no time did he directly threaten or harm any of the crewmembers. The remaining two guards did not participate in this action. Unbeknownst to the Company, there was an employment dispute between the guard and his employer, and he had not been paid for several months.

Eagle Bulk, in coordination with maritime security experts, worked to deescalate the situation and after a period of approximately three days, the guard surrendered his weapon and allowed the ship to continue on its original course.  Relevant authorities were kept appraised throughout the incident, and the guard was disembarked last night.

"The Company maintained regular contact with the Captain throughout this event, and V Ships, the vessel’s crewing manager, also maintained an active dialogue with the crew’s families to keep them updated. Eagle Bulk and V Ships’ primary concern was the safety of the crew, and as a point of clarity, neither company was a party to the employment dispute. Eagle Bulk expresses its appreciation for the professionalism shown by the vessel’s Captain and crew throughout this ordeal. The Company is very grateful for the efforts of its crew, the V Ships team, and our partners who worked around the clock over the past 10 days to ensure a safe and successful resolution.

Due to the sensitive nature of the incident the Company will not be releasing any more information at this time."