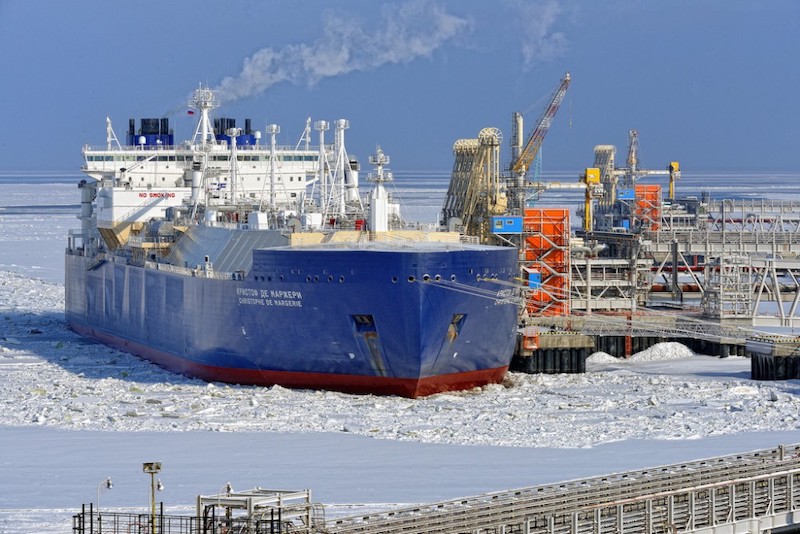 The spike in shipping along the remote Russian Arctic shipping route comes as sea ice melting over the last weeks has reached unprecedented levels.

According to the National Snow and Ice Data Center, ice levels on the 15th of July stood at 7.51 million square kilometers, which is 330,000 square kilometers below the record for the time of year set in 2011. A key reason for the major sea ice melting is the heat wave that in May and June moved across the Russian Arctic coast, leading to very low sea ice extent in the Laptev and Barents Seas, the researchers say. Already in mid-July, the Northern Sea Route (NSR) was almost ice-free and by 20th July there was completely open waters across the vast seaway.

Ice maps from the Russian Arctic and Antarctic Research Institute show that also the Vilkitsky Strait and the East Siberian Sea, the most icy and difficult parts of the sea route, has easy passage for ships. More than 50 vessels are currently sailing on the route, figures from the Northern Sea Route Administration show. Several of them are tankers bringing petroleum products from Arctic fields to Asian markets. The first LNG carriers made it across the route already in late May, the earliest voyages on the route ever.It was the CHRISTOPHE DE MARGERIE that led the way across the icy waters when it left Arctic terminal Sabetta on 19th May with course for China. It was soon followed by the VLADIMIR VORONIN and several more carriers. While the CHRISTOPHE DE MARGERIE was accompanies by an icebreaker, the subsequent vessels sailed most of the route independently without icebreaker escort.

On July 26th, there were a total of 16 tankers sailing on the eastern part of the Northern Sea Route, some of them small tankers that had sailed up the great Siberian rivers and into Arctic waters. There are also several cargo vessels on the route, ship tracker data from Marine Traffic show.There has been an explosive growth in shipping on the Northern Sea Route over the last years. In 2019, a total of 31,5 million tons of goods were shipped on the route, an increase of almost 60 percent from the previous year. Growth continues into 2020. In the first half of the year, goods volumes on the Russian Arctic route amounted to 14,5 million tons, an increase of 1,1 percent compared with the same period in 2019.Russia has great hopes for shipments on the NSR and sees it as a potential alternative east-west route to the Suez Canal. Soon, shipments across the route, from Europe to Asia, can be made during nine-ten months of the year, government planners say. The record-early voyage of the CHRISTOPHE DE MARGERIE was meant to show that shipments can be made also in  thick spring ice.

Experimental shipments will be made also in wintertime, industry representatives say. According to Sergey Frank, board chairman of Sovcomflot, his shipping company will in cooperation with nuclear power company Rosatom and natural gas producer Novatek in January-February 2021 conduct experimental voyages across the the eastern and most complicated parts of the Northern Sea Route.Already this year, volumes of goods shipped across the eastern part of the route will amount to 2,4 million tons, a doubling of last year’s volumes, newspaper Kommersant reports. Source : The