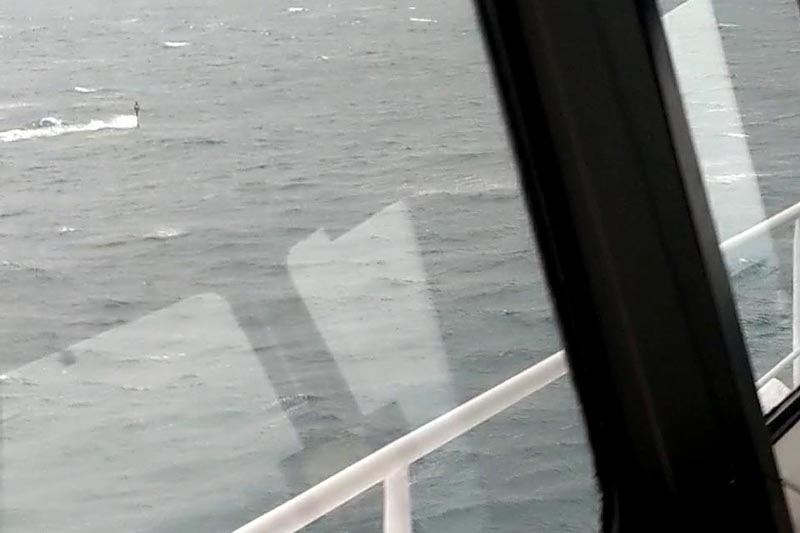 Near miss between a ro-ro ferry and a submerged submarine in the North Channel between Belfast, Northern Ireland and Cairnryan, Scotland.

Our accident investigation report into the near miss between the ferry Stena Superfast VII and a submerged Royal Navy submarine on 6 November 2018, is now published.

At 1256 on 6 November 2018, Stena Superfast VII’s officer of the watch took urgent action to avoid a submerged submarine after its periscope had been spotted close ahead of the ferry. Post-event analysis showed that, prior to the ferry’s course alteration, there had been a serious risk of collision.
(NOTE: In photo above periscope can be seen on the left)

Recommendations
The Royal Navy has taken a series of actions in response to this and similar previous accidents. As a result, a safety recommendation (2020/124) has been made to the Royal Navy to undertake an independent review to ensure that the actions taken have been effective in reducing the risk of further collision.