More than 20 containers fall off barge into waters off Hilo 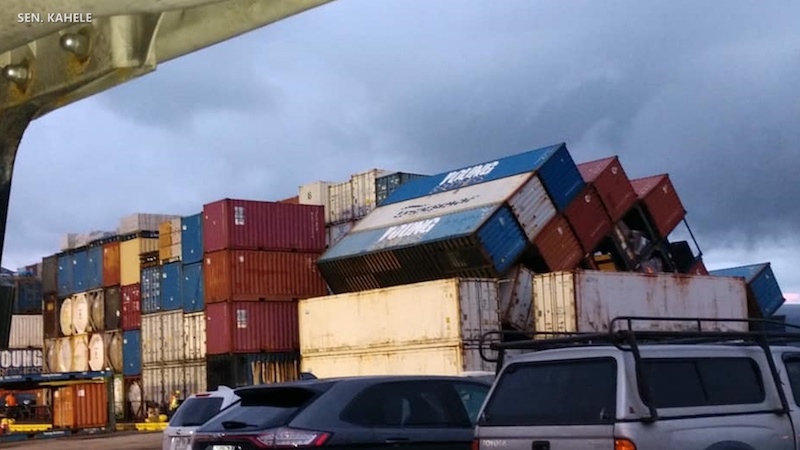 The cargo fell from from the barge Ho Omaka Hou as the tug Hoku Loa was transiting to Hilo Harbor on Monday, according to the U.S. Guard Guard.

The Coast Guard said it is investigating the incident, and Young Brothers is working with a salvage team to locate and recover as many containers as possible.

No injuries were reported, according to the Coast Guard.

The tug operator reported about 4:30 a.m. Monday several 40-foot shipping containers fell overboard. That number currently stands at 21, according to the Coast Guard. Nine of the containers have been located, 12 remain missing.

The crew of the tug and barge Ho Omaka Hou recognized the containers were missing after mooring in Hilo. Containers are reportedly adrift approximately 8 miles north of Hilo, and one is reported adrift in Hilo Harbor.

The Coast Guard is working with Young Brothers personnel to assess the situation further, including determining what cargo is lost. Marine safety personnel were dispatched to the incident command post in Hilo, and an overflight is taking place. The Coast Guard said the state Department of Transportation Harbors Division is also aware and assisting at the pier in Hilo.

At the time of the incident, the weather was east winds at 12 mph, waves to 4 feet with a south swell at 3 feet, and isolated showers.