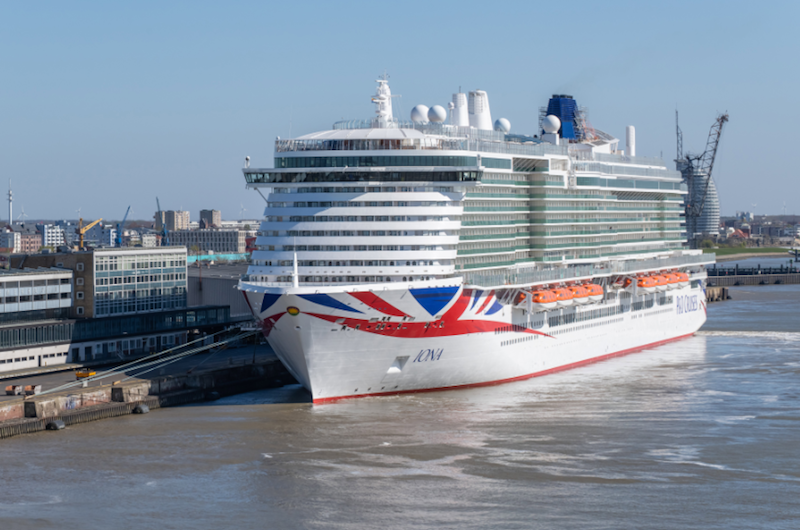 The vessel has been undergoing final outfitting in Bremerhaven will soon enter dry dock in Rotterdam, shipbuilder Meyer Werft said.

The passage from Bremerhaven to the Netherlands will also be used for technical and nautical test runs in the North Sea. For this reason, Iona will be leaving the Columbuskaje Pier as early as 30 May.

Onboard, everyone is working hand in hand to complete the 50th cruise ship built by Meyer Werft. The work has been going on since the ship was transferred over the river Ems. Nevertheless, the corona crisis is causing considerable restrictions in the final fitting of Iona, according to the shipbuilder.

After work on board had to be temporarily interrupted due to the corona crisis in March, the Port Medical Service, the Bremerhaven Port Authority and Meyer Werft were able to draw up a joint concept that allows the continuation of outfitting work under corona protection conditions.

Meyer Werft and P&O Cruises are currently in close coordination for a delivery date, the shipbuilder revealed.

Able to accommodate 5,200 passengers, the 180,000 GT Iona has been described as Britain’s biggest cruise ship.

It is one of the first ever cruise vessels powered entirely with LNG, making the ship particularly environmentally friendly.

In January 2018, Carnival Corporation, the parent company of P&O Cruises, announced that another ship would be built for its P&O brand. The LNG-fueled twin cruise vessel is expected to be handed over to the company in 2022.