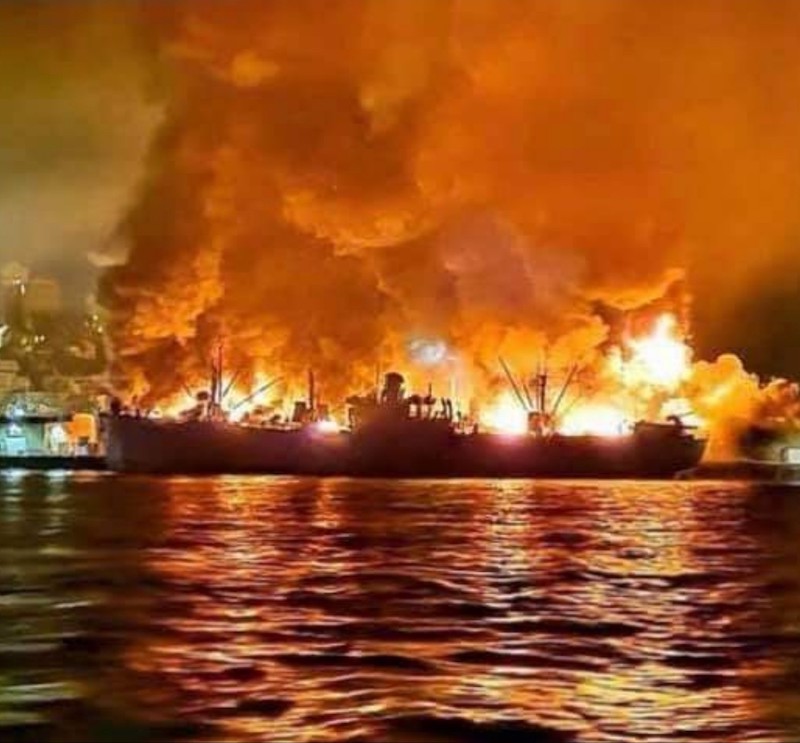 Matt Lasher, the executive director of the National Liberty Ship Memorial said the crew of the O.Brien nicknamed the ship “The Lucky O’Brien.” Saturday, it escaped another close call.

”It’s an emotional rollercoaster,” said Lasher. “And it really was fearful for us to see that. All this work to preserve this national asset potentially go up in flames.”

But the ship was saved. The fire burned a warehouse directly behind it. A San Francisco Fire boat came to the rescue. “Fire boat 3 was detailed and tasked with saving the Jeremiah O’Brien which it successfully did. This is a task that involved greater than 100 feet of flames going over the O’Brien, structural collapse with the walls coming in.”

Firefighters also used hand lines and ladder trucks to protect other structures including the tourist attraction Musee Mecanique, a museum full of antique penny arcades and the infamous “Laughing Sal.”

“There’s a lot of history on that pier,” said Lasher. “Not just the O’Brien. There’s the U.S.S. Pampanito, and potentially if that fire had gotten out of control you would have seen 100 years of history go up.”

The U.S.S. O’Brien, which is moored at Fisherman’s Wharf, is a national historic landmark. It was built and launched during WWII, and has made voyages across the world. It carried personnel and supplies to the beaches of Normandy and was one of the destroyers at the D-Day invasion of France.

“This ship specifically make three transatlantic voyages and 11 shuttle to Normandy. And it was there during D-Day,” said Lasher.

Officials are now investigating the structural integrity of the Pier, and they might have to move the historic ship to a new location.