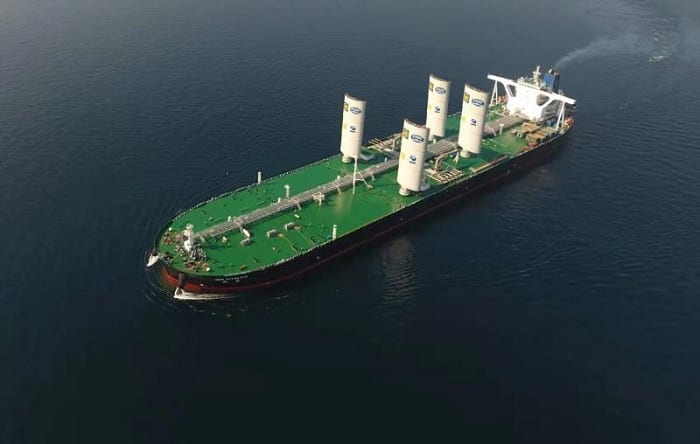 China Merchants claims to be the world’s largest VLCC and VLOC owner.

The order comes in the wake of the contract CMES inked with China Shipbuilding Group for four VLCCs back in November 2019.

The latest contract has pushed DSIC’s VLCC tally to over 100 vessels.

The two ships are scheduled for delivery in July and September of 2022. The contract is estimated to be worth $166.3 million.

The duo will feature some of the latest eco-friendly technology aimed at cutting the ships’ energy and fuel consumption, including an air lubrication system on one newbuild and a sail propulsion system on the second vessel.

CMES and DSIC tested out the sail propulsion system back in 2018 on the company’s New Vitality VLCC. The system has been described as an industry first and was self-developed by DSIC.