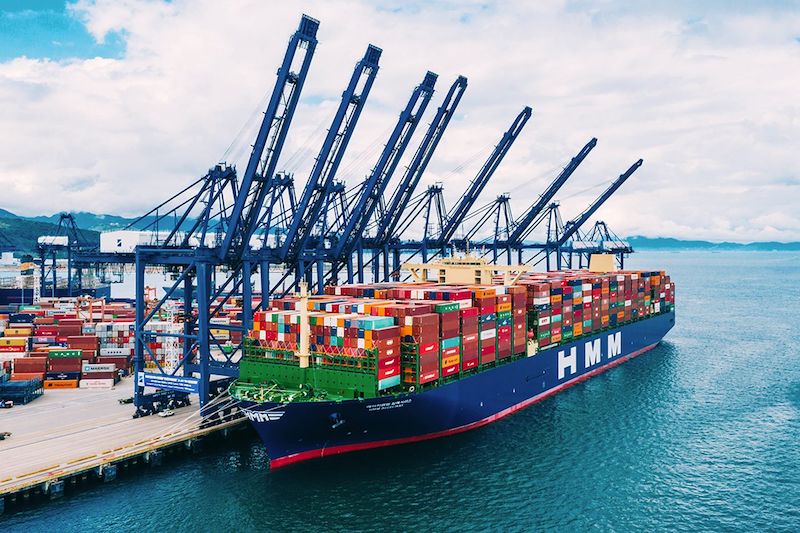 It later entered Yantian Thursday last week after passing through Ningbo and Shanghai in China, and headed to Europe on Friday with 19,621 TEUs, the largest shipment ever worldwide.

HMM Algeciras can load up to 24,000 TEUs, but 19,600 TEUs is usually appropriate considering safe operation and cargo weight, the firm said.

“(We were) able to fill the cargo in cooperation with THE Alliance members — Hapag-Lloyd, ONE and Yang Ming. We will lead the reconstruction of Korea’s shipping industry through the introduction of super-large ships and the cooperation of THE Alliance,” said a HMM spokesperson.

HMM will receive 12 ships of 24,000 TEUs from Daewoo Shipbuilding & Marine Engineering and Samsung Heavy Industries until September this year and eight 16,000 TEU ships from Hyundai Heavy Industries next year.