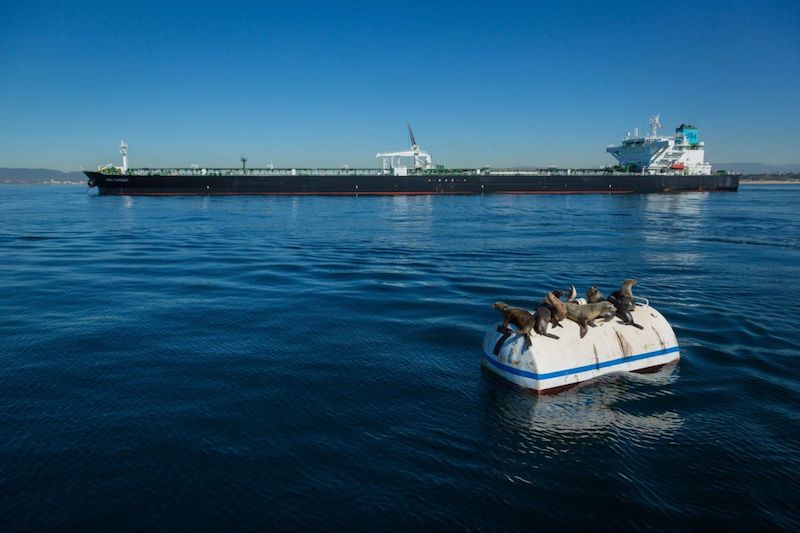 Oil tankers carrying enough crude to satisfy 20% of the world’s daily consumption are gathered off California’s coast with nowhere to go as fuel demand collapses.

Almost three dozen ships -- scattered in waters from Long Beach to the San Francisco Bay -- are mostly acting as floating storage for oil that’s going unused as the coronavirus pandemic shutters businesses and takes drivers off the road. Marathon Petroleum Corp.’s refinery in Martinez, California, has been idled and others, including Chevron Corp.’s El Segundo refinery, have curtailed crude processing as the state orders residents to stay at home.

The more than 20 million barrels of crude is the highest volume of crude to ever float off the West Coast at one time, according to Paris-based Kpler SAS, which tracks tanker traffic. About three quarters of those tankers are holding oil in storage, meaning they have been floating steadily for seven days, also a record.

Storage has become increasingly scarce as a growing supply glut collides with collapsing fuel demand. As traditional tanks have filled, oil has been pushed onto tankers to float off Singapore, the U.S. Gulf Coast and, now, the U.S. West Coast.

The slowdown in oil deliveries into California was already becoming evident last quarter, when 38.8 million barrels of crude was delivered into Long Beach, down from 42 million barrels a year earlier, according to Port of Long Beach data.

The Sea Express, a tanker that normally carries fuel, is currently holding crude for Royal Dutch Shell Plc. for at least a month in Puget Sound, Washington, after data on the ships draft indicated it loaded up at the company’s Anacortes refinery.