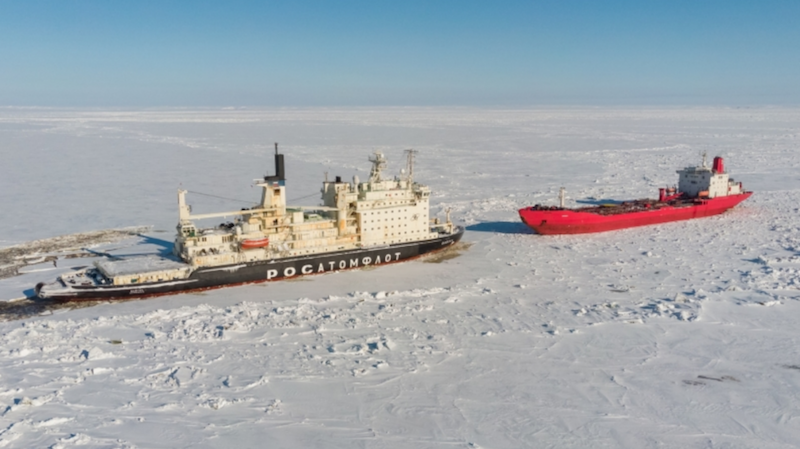 It was on March 29th that two of Russia’s nuclear-powered icebreakers had to set course to rescue the 43-years old tanker “Varzuga” which had lost steering in shallow ice-covered waters east of the Yamal Peninsula.

The oil tanker was reportedly sailing with ballast. Normally, the cargo is different kinds of petroleum products like bunker or diesel-fuel to Russia’s Arctic ports.

The operator of the tanker, Arkhangelsk-based JSC Bunker, has so far not said anything in public about the incident which first became known on April 3rd when Rosatomflot published information about the emergency rescue towing that started last Sunday.

Lack of steering for the tanker was caused by a failure with the Azipod, a propeller mounted on a steerable pod, including the electric motor driving the propeller. 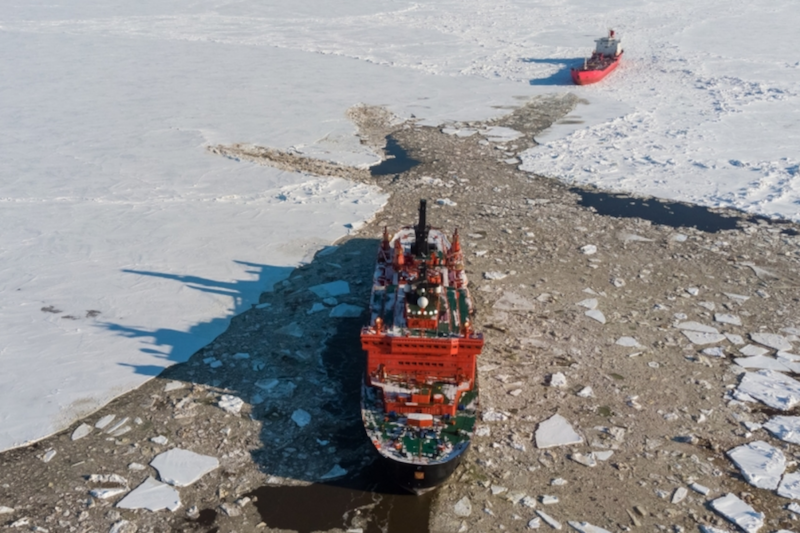 The two icebreakers managed to get the tanker out from the Ob Bay and the “Vaigach” continued the emergency towing through the Kara Sea to the ice-free waters of the Barents Sea where a small tug on April 3rd took over and is currently towing the oil tanker towards Murmansk.

Captain Dmitry Lobusov on the bridge of “50 Let Pobedy” describes the emergency: “It was necessary to get to work quickly,” he tells. “In severe ice conditions, the ship could be squeezed out by the ice.”

Captain on the icebreaker “Vaigach”, Aleksandr Skryabin concludes: “Thanks to the professionalism of the crews of the nuclear icebreakers, the “Varzuga” tanker was able to be taken out from the ice captivity without incident.”

This is the second time the oil tanker “Varzuga” sailing into trouble in icy Arctic waters. Back in 2010, the tanker collided with her sister vessel, the “Indiga” somewhere along the Northern Sea Route.

Both tankers were then loaded with diesel fuel, but the collision did not cause any spill or severe damage to the ships, the Barents Observer reported at the time.

In 2010, the two tankers sailed for Murmansk Shipping Company.

Originally built in Germany, the “Varzuga” (then named “Uikku”) sailed for Finnish oil company Neste in the Baltic Sea from the late 1970s. In the early 1990s, she sailed Russia’s Northern Sea Route in the summer and the Baltic Sea during winter. In 1997, “Uikku” became the first non-Russian merchant ship to navigate the entire Northern Sea Route.