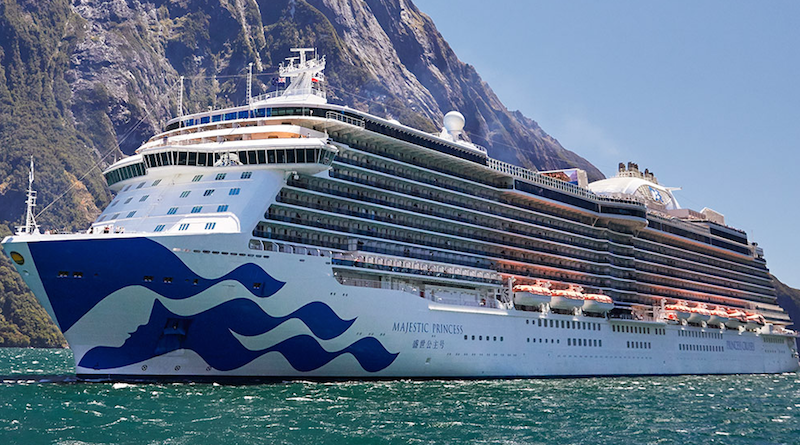 Some of the world’s biggest cruise lines are weighing plans to lay up portions of their fleets for an extended period due to the coronavirus outbreak.
Cruise giant Carnival Corp., the parent company of nine of the world’s best-known cruise brands, said in a regulatory filing on Monday that some of its vessels could face a “prolonged” withdrawal from service consistent with what is known in the industry as a cold layup.

In such a layup, machinery on the ship is prepared for an extended period of nonuse and the majority of crew is sent home.

All nine of the brands began temporarily shutting down operations in March as the number of coronavirus cases began soaring around the globe. But, for now, most of the brands only have canceled sailings scheduled to depart in the next six weeks.

In the filing, Carnival Corp. said it expected the length of time that its ships will be out of service could be “extended and may be prolonged.” The regulatory filing came in conjunction with an effort by Carnival Corp. to shore up its finances by selling $6 billion worth of common stock and debt instruments.

With its ships no longer sailing, Carnival Corp. is burning through about $1 billion a month, according to the filing.

Carnival Corp. said a move to prolonged lay ups for its ships would save the company about $1 million to $2 million per month, per ship.

Together, Carnival Corp.’s nine brands operate 105 vessels. They account for about 45% of all cruises taken worldwide.

Companies often map out worse-case scenarios in SEC filings, in an effort to be as transparent as possible with investors. But Carnival Corp.’s statements about laying up ships for a prolonged period weren’t presented as a worse-case scenario. A spokesperson for Carnival Corp. could not comment due to a “quiet period” surrounding the company’s stock sale.

Carnival Corp. did not use the term cold layup in its filing, but its description of the layups as prolonged is consistent with what the industry refers to as a cold layup. In a cold layup, vessels are staffed with just enough crew to perform routine maintenance and monitor ship systems including safety equipment, according to Lloyd’s Register, one of several “classification societies” worldwide that set technical standards and issue certifications for cruise ships. Lloyd’s Register certifies the vessels for several Carnival Corp. brands, including Carnival and Princess.

In a guide to layups, Lloyd’s Register lists a long checklist of actions that should be performed in advance of and during a cold layup. For starters, ballast tanks are either emptied completely or filled completely with water plus corrosion inhibitors. In machinery areas such as engine rooms, dehumidifiers are deployed to prevent corrosion. Steam generating plants would be emptied and opened for natural ventilation.

Dehumidifiers also would be deployed in cabin areas and public rooms; cabin linens and towels would be stored in one dry location; and cabin mattresses would be stored on edge. Refrigerated provision chambers would be emptied and left with doors open.

It can take three weeks to reactivate a ship after a cold layup, according to Lloyd’s Register.

There’s also a more extreme “long-term” layup designed for ships that will be mothballed for five years or more. A long-term layup can take three months to reverse.

Multimonth layups are not unusual in the cruise world. River lines such as Avalon Waterways and AmaWaterways typically lay up their vessels in Europe every winter during the coldest months. Avalon’s voyages on the Seine River in France, for instance, only take place between April and October. For the rest of the year, the line’s ship on the Seine, Tapestry II, doesn’t operate.

While most Carnival Corp. brands only have canceled sailings through mid-May for now, a few already have announced longer shutdowns for a handful of ships — in some cases, far longer. On Wednesday, the Carnival brand said it had canceled all sailings on two of its 27 vessels, Carnival Legend and Carnival Radiance, through Oct. 30 and Nov. 1, respectively. It also canceled Alaska sailings on the Carnival Spirit through June 30.

In the case of the Carnival Radiance, an overhaul of the ship that had been scheduled to take place this spring in Spain can’t be done because the shipyard is shutdown due to the severe coronavirus outbreak in the country. Carnival Legend also had been scheduled to be in Europe this year.
In the case of Carnival Spirit, the ship no longer can operate itineraries to Alaska through July 1 due to a coronavirus-related ban on ships imposed by Canada. Carnival relies on Canadian ports to make its Alaska itineraries viable. Carnival began sending crew from Carnival Spirit home in March.

On Wednesday, the parent company of British cruise operator Saga said in a financial disclosure that it was building a contingency plan around an assumption that its cruise business could be suspended for a period of six months, from mid-March to mid-September.
For now, the company only has canceled voyages through May 1. “It is likely that the period of travel suspension will continue beyond May,” Saga said.
Saga said it also had considered a further, more severe scenario that assumes cruising wouldn’t resume until January of 2021.