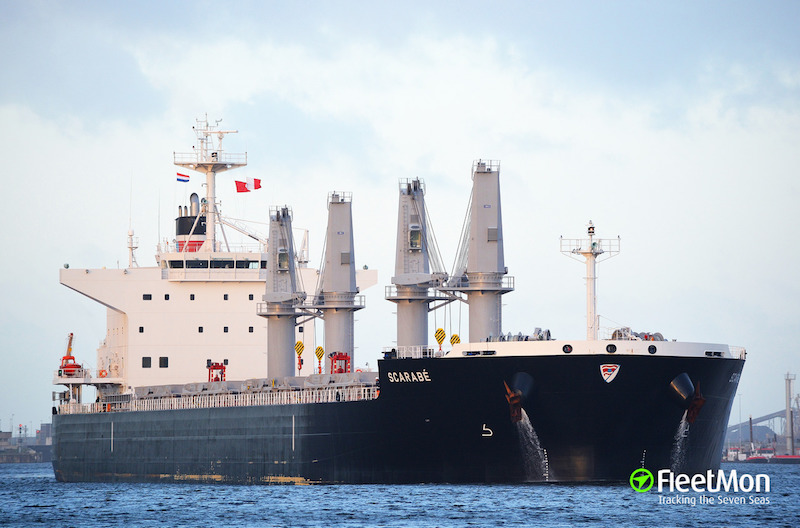 Cargo ships transiting the waters off the coast of West Africa have reported at least three suspicious approaches over the past two days.

On Wednesday, a group of up to 8 men attacked the Greek-flagged bulk carrier MV Scarabe approximately 23 nautical miles south of Agbami, Nigeria.

The ship was coming from Calabar, Nigeria when it was approached. The master started altering course and engaging in evasive maneuvers.

However, shortly after the ship’s AIS was deactivated indicating the bulker was boarded, security alerts from different maritime consultancies indicate.

The ship’s AIS has reportedly turned on again after two hours and the bulker is said to be safe.

According to West Africa-based consultancy Praesidium International, a security vessel near the Agbami field is believed to have intervened to provide assistance, but the information remains unconfirmed.

On the same day, another ship reported being followed by an unidentified “craft” 110 nautical miles south-west of the Agbami Terminal.

The vessel has been identified as Liberia-flagged tanker Cap Diamant, which was being followed by a black-hulled speed boat sailing at around 20 knots. According to Praesidium International, the speedboat aborted the approach after a security vessel increased speed to close the gap.

The vessel and crew are reported to be safe.

“Following the attack earlier today (March 25) on the bulk carrier to the southeast of Agbami, it is possible that this is the same craft. The distance between the earlier attack and this sighting also fits. “Vessels should exercise extreme caution in the area and maintain watches 24/7 for any small craft acting suspiciously in the area, and report in to authorities any sightings,” Dryad Global said.

This latest incident has occurred in an area of significant reporting density. Throughout 2019 there were 5 incidents recorded within 60nm of the Agbami Field Terminal compared with 0 incidents in 2018, Dryad’s data shows.

Earlier today a vessel was approached to within 2 cable lengths by a skiff containing 4 – 5 persons. The incident occurred some 22 nautical miles South of Cotonou, according to Dryad’s information.