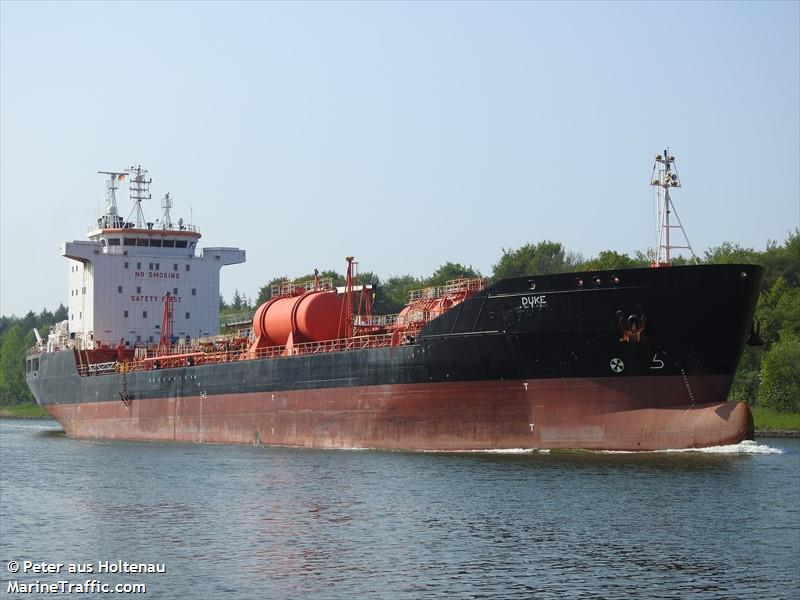 Nineteen crew members of the oil tanker Duke, who were kidnapped by pirates off Benin in mid-December 2019, have been released while one seafarer died in captivity.

“We can confirm that 19 of the crew members taken hostage were released by the criminal gang holding them,” Union Maritime and V.Ships Management (India), the ship’s owner and manager, confirmed in a statement.

“It is with great regret that we have to report that one valued crew member, an Able Seaman, was evidently taken ill and died shortly after capture.”

The companies added that they were seeking further information from the released sailors and that a full investigation into the seafarer’s death would be launched.

As informed, the nineteen crew members have undergone medical checks and are reported to be well. They will soon return home to their families.

As World Maritime News reported last month, the sailors, all Indian nationals, were kidnapped some 110 nautical miles off the coast of Benin after the 19,100 dwt Duke had been attacked and boarded by six pirates.

Following the attack, a Togolese naval patrol boat made contact with the vessel and escorted new sea-staff that resumed command of the 2003-built ship.