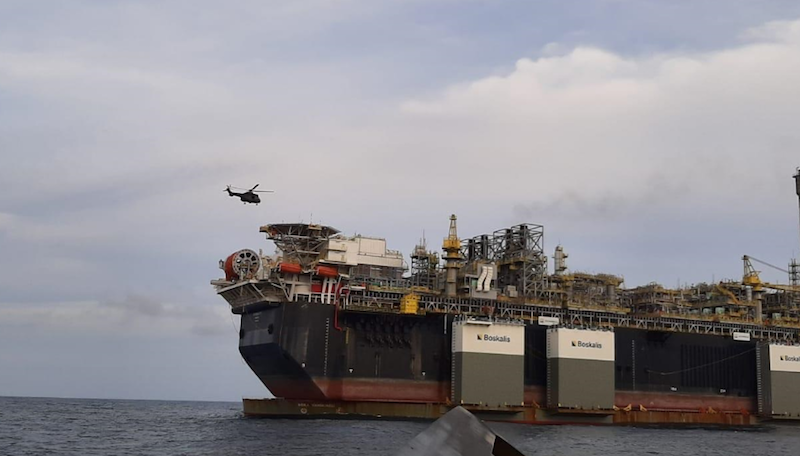 The six contractors that fell ill while on board the Vanguard-transported FPSO, one of them with a fatal outcome, consumed a cleaning liquid found on board of the FPSO, Boskalis said in a statement.

As informed, the liquid is a substance customarily used for degreasing purposes, presumably containing a mixture of ethanol and the severely toxic methanol.

“The affected persons reported this to our crew approximately 36 hours after consumption at which point serious signs of illness were becoming apparent,” Boskalis said in a statement.

This incident was reported while the vessel was sailing on the Indian Ocean, approximately 276 kilometres East from the port city of Durban on its way from Qindao in China to Rio de Janeiro in Brazil.

Unfortunately, for one of the men, it was too late as he passed away before the medical assistance could came to the site. The remaining five persons were successfully evacuated, hospitalized in Durban, South Africa and are recovering from the intoxication.

“Boskalis would like to stress that it has a strict zero tolerance policy with regard to alcohol on its offshore vessels.”

As reported yesterday by World Maritime News, the heavy-lift vessel Vanguard changed course towards the coast of South Africa to rendezvous with medical personnel from the National Sea Rescue Institute (NSRI) of Durban as the six men fell ill over the weekend. The cause of the illness was unknown.

The six individuals are all of Brazilian nationality and were engaged in preservation works on board of the FPSO set to be delivered to Petrobras.

The works are part of the pre-delivery activities by the yard before the FPSO is delivered to the operator in Brazil later this month.

Boskalis said that the FPSO and Vanguard have recently resumed their journey to Brazil.