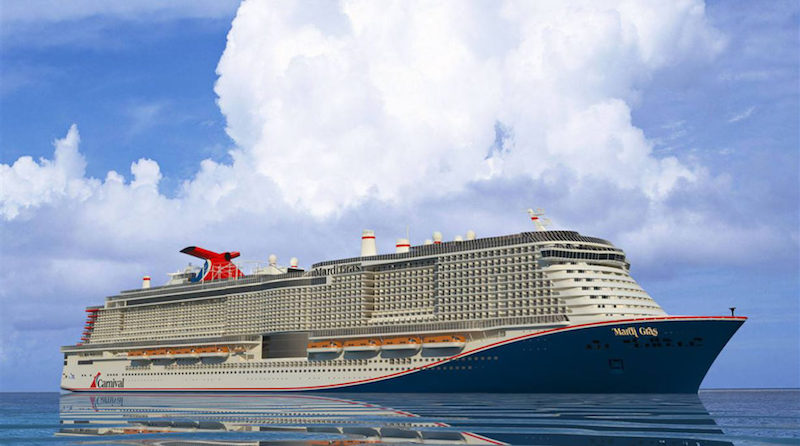 Carnival chief communications officer Roger Frizzell said: “Each new ship is an opportunity to generate excitement and buzz among consumers around the world, whether loyal guests or new to cruising, that will continue to inspire more travellers to consider cruising as a vacation option.
“We look forward to the delivery of four more spectacular ships, which will offer our guests the latest in onboard features and amenities and help us continue our reputation for providing great cruise vacations that are significantly less than comparable land-based vacations.”

Scheduled for delivery in May, Iona will be the brand’s first liquefied natural gas (LNG)-powered ship. It will be the first new ship for P&O Cruises since the launch of Britannia in 2015.

The vessel is scheduled to sail from Southampton to the Norwegian Fjords during the inaugural season with departures throughout the middle of 2020, followed by sailings to the Canaries, Spain and Portugal at the end of the year.

In June, the Enchanted Princess will be delivered to Princess Cruises and sail from the Mediterranean.

The ship will depart on its ten-day maiden voyage to Rome on 1 July. Then, it will begin a series of Mediterranean cruises before repositioning to Fort Lauderdale in November to sail to the Caribbean at the end of the 2020 and the beginning of 2021.

Mardi Gras is scheduled for delivery in November and will operate year-round seven-day Caribbean cruises from Port Canaveral.

Costa Firenze is expected to be delivered in October and is the second ship for Costa built specifically for the Chinese market. It will feature themed restaurants, karaoke and parties.