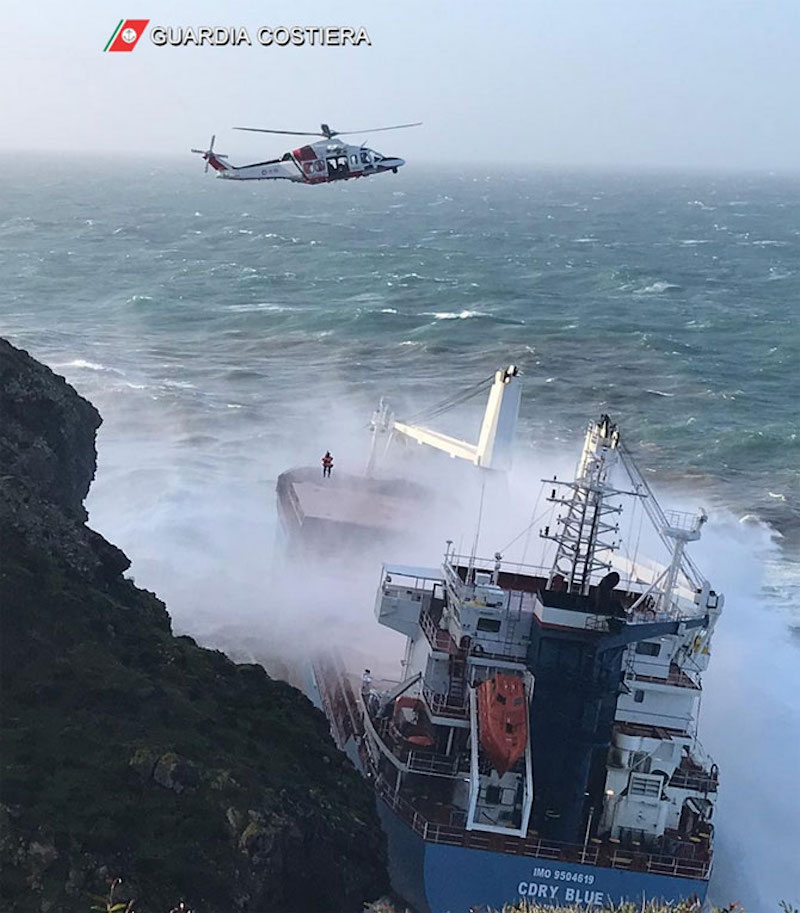 The ship left Cagliari bound for Spain with cargo of coffee, encountered rough weather and tried to shelter, but failed.

No information on damages.