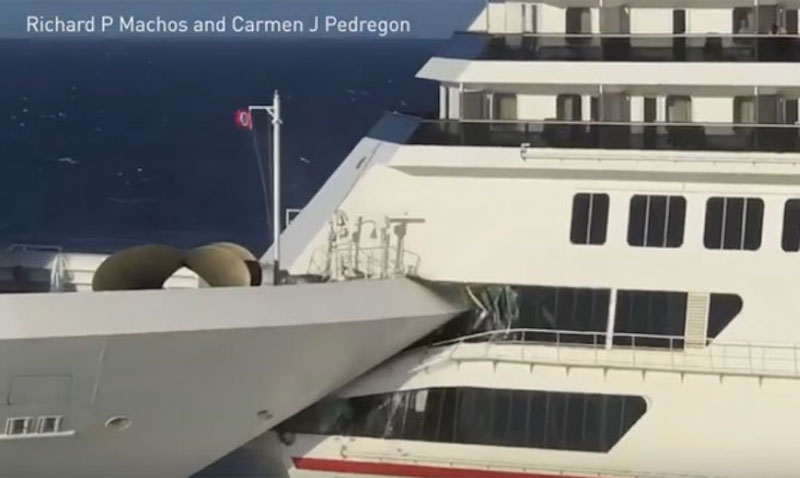 Two cruise ships have collided in the port of Mexico’s Caribbean resort of Cozumel, damaging the 952-foot-long (290-meter) vessel and leaving passengers stunned at the loud impact.

“Carnival Glory was maneuvering to dock when it made contact with Carnival Legend which was already alongside,” the company said in a statement. “We are assessing the damage but there are no issues that impact the seaworthiness of either ship.”

Carnival added that the ship itineraries were not affected.

Civil protection authorities in Cozumel said the incident took place at around 8.30am local time and that officials were investigating.

Passenger Jordan Moseley said he was eating breakfast on the Carnival Legend, a 963-foot-long (294-meter) ship that can hold more than 2,000 passengers, when he felt the crash. “All of a sudden we felt the ship rock to one side and then back into place,” Moseley told Reuters. “A few minutes later, the cruise director announced that the Carnival Glory had crashed into our ship while docking due to the high winds and rough ocean conditions in Cozumel.”

A video taken from an upper deck of Carnival Glory, which can carry nearly 3,000 passengers, showed pieces of the ship tumble onto the deck of the other vessel, with some splashing into the churning water. 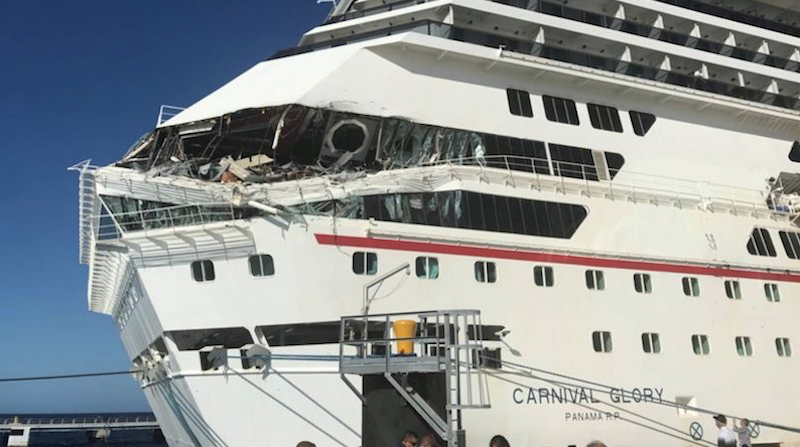 “Oh my God, look at that ship!” an onlooker can he heard saying in the video posted on social media.

Other images of the battered vessel show a railing along the Carnival Glory stern bent downwards at a roughly 45-degree angle, revealing a twisted and mangled ship interior.