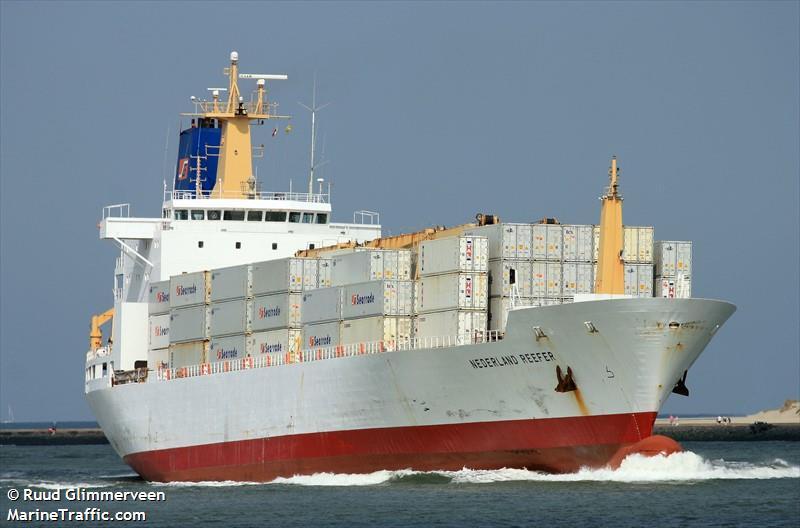 Two shipping companies incorporated in Liberia will pay a USD 1.8 million criminal penalty for pollution caused by a cargo vessel and concealing evidence, the US Department of Justice said.

Vessel owner Nederland Shipping Company and operator Chartworld Shipping Company pled guilty on October 15 in federal court in Wilmington, Delaware, to failing to notify the US Coast Guard of a hazardous condition on one of their vessels and to violating the Act to Prevent Pollution from Ships (APPS) by presenting false documents to the USCG that covered up vessel oil pollution.

Large ships like Nederland Reefer generate oil-contaminated bilge waste when water mixes in the bottom or bilges of the ship with oil that has leaked from the ship’s engines and other areas. This waste must be processed to separate the water from the oil and other wastes by using pollution prevention equipment, including an oily water separator (OWS), before being discharged into the sea. APPS requires the disposal of the ship’s bilge waste to be recorded in the ship’s oil record book (ORB).

The investigation began in February 2019 when the USCG’s Marine Safety Detachment out of Lewes, Delaware, conducted a port state control examination of the abovementioned ship. During the inspection, the coast guard determined that the vessel’s Chief Engineer, Vasileios Mazarakis, had been repeatedly tricking the oil content monitoring device on the vessel’s OWS with fresh water thereby discharging untreated oily bilge water overboard at sea. Mazarakis then falsified the vessel’s ORB to conceal these illegal discharges from the USCG, according to the US DOJ.

On October 2, 2019, Mazarakis pled guilty to a violation of the APPS for his falsification of the ORB. As part of his guilty plea, Mazarakis also admitted that he took various actions to obstruct the USCG’s investigation, including destruction of evidence and witness tampering.

The investigation also determined that on December 30, 2018, seawater began entering the vessel below the waterline through a hole in the vessel’s bilge holding tank. This compromise of the hull’s integrity and the temporary repairs thereto constituted a hazardous condition that shipping companies failed to report to the coast guard, the US Doj further said.

Under the plea agreement, the companies will be placed on a four-year term of probation that includes a comprehensive environmental compliance plan to ensure, among other things, that ships operated by Chartworld entering the United States fully comply with all applicable national and international marine environmental protection laws. The compliance plan will be implemented by an independent auditing company and supervised by a court-appointed monitor.