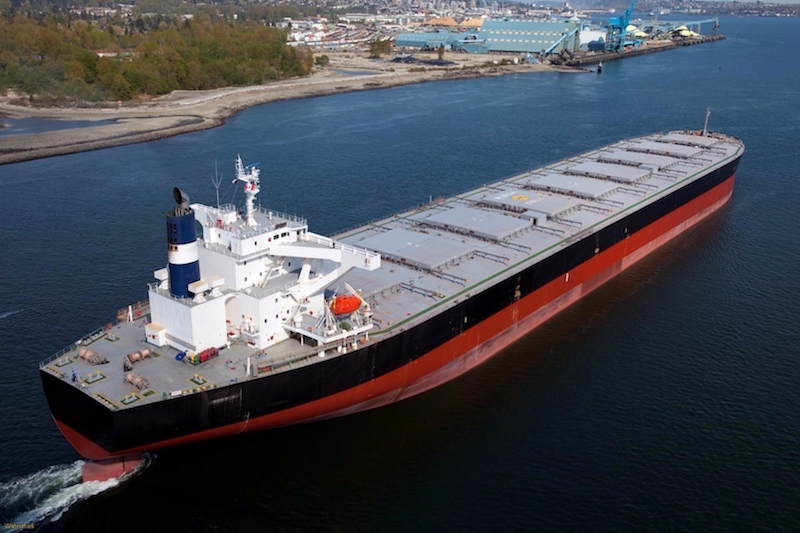 A large bulk carrier was approaching a port. It was heading towards a narrow, 100m wide channel at a speed of 4kts with the master, second mate, a helmsman and two harbour pilots on the bridge. None of the vessel’s deck officers had visited the port before and little information about it was available. The pilots had embarked immediately after piloting an outbound vessel, which had been their first pilotage act in the port. One of the pilots had the con and was navigating solely by eye. He did not expect any difficulty with the passage or expect any tidal stream across the channel. The tidal stream had been negligible on his outbound passage and it was now close to the predicted time of high water. The only tidal stream information available was a tidal arrow on the paper chart indicating an easterly flood stream at a rate of 2kts.

The pilot tried to manoeuvre the bulk carrier towards the channel by putting the engine telegraph to ‘half ahead’ and the rudder to port. However, the vessel remained aground on the sandy bottom. It was refloated 12 hours later with tug assistance. There was no damage and no pollution.

The Lessons
1. Harbour pilots are generally relied upon for their local knowledge, but port authority requirements vary worldwide and masters have no way of knowing  or verifying pilots’ qualifications or experience. Although confidence  during an initial information exchange can provide an indication of a pilot’s competence, it can also be misleading. A few polite questions in normal conversation might be more enlightening.

2. Comprehensive and accurate tidal stream data does not exist for many areas and, where tidal information is charted, it can be sparse and/or unreliable depending  on the source. Although the predicted times of high and low water provide an indication of tidal flow and are useful when planning, during execution the saying ‘what you see is what you get’ is relevant. The actual tidal stream experienced is what matters, and this is available through plotting on paper charts, or via the ARPA and ECDIS.