UK science is to get one of the biggest, most capable polar research vessels in the world.

The £200m investment in an icebreaker is to be announced by Chancellor George Osborne in a speech on Friday.

The ship is likely to be 130m long, and sport a helipad, cranes, onboard labs, and have the ability to deploy subs and other ocean-survey and sampling gear.

It should be ready to enter service in 2019, and will support scientists in both the Antarctic and the Arctic.

The strength of its hull will allow it to push deeper into pack ice than any previous British research vessel.

The new ship will be a clear statement of the UK's commitment to science in the Antarctic and South Atlantic, and increases our ice-breaking capability in the South and, just as important, in the Arctic” 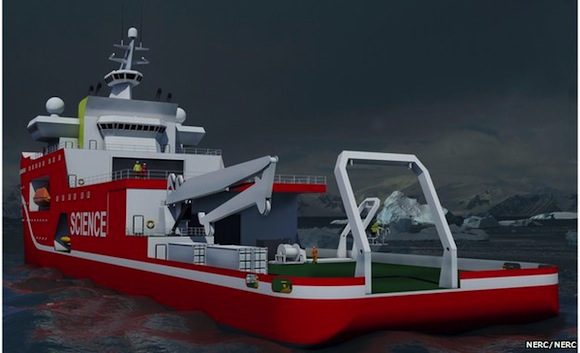 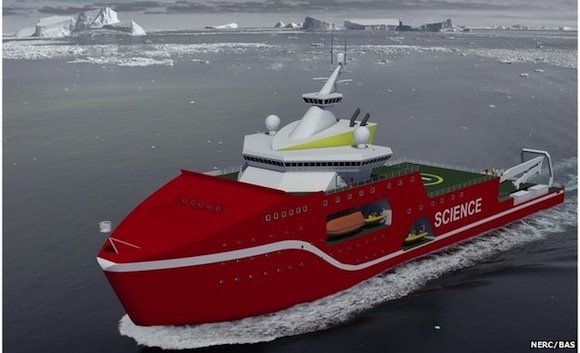 Initial technical specifications require the ship to be able to maintain a speed of three knots while breaking through 2m-thick floes.

The money to build and equip the vessel is coming from the government's capital investment fund for science, for which Mr Osborne has committed £1.1bn per year in real terms up to 2020/21.

Talking ahead of his announcement in Cambridge, the chancellor said science was a springboard for economic prosperity."Backing British science, supporting businesses seeking to grow off the back of it and protecting investment in it is a central part of our long-term economic plan," he explained."Britain has a proud past leading the world in pushing the boundary of scientific discovery. I want it to be a mark of our future success."

The UK already operates two polar ships - the Royal Research Ship (RRS) James Clark Ross and the RRS Ernest Shackleton.
The former was built in 1990 and the latter in 1995.

A case was made to government, and accepted, that this fleet needed to be augmented with a more modern capability if the nation's science at high latitudes was to remain competitive

A clear imperative is that the final design features a helideck - something omitted on the Clark Ross and which experts have told the BBC is really essential for effective Antarctic operations.

Precisely where the ship will be built is an open question.Given the scale of the investment, a home shipyard would obviously be preferred. But European Union rules will require that bids be invited also from beyond the UK.

There is sure to be some concern that the announcement of the new vessel will signal an imminent reduction in the fleet - one super ship to replace two ageing vessels.

But the Natural Environment Research Council (Nerc), which funds polar science in the UK, says this is not the current plan.
The desire is to operate both the Clark Ross and the Shackleton until at least the end of the decade, it states.
A decision will then be taken on what to do with the Shackleton, which, unlike the Clark Ross, is not British-owned but leased from a Norwegian company.

The first of five available one-year extensions to this bareboat charter arrangement comes into effect in August.

Nerc has made it clear also that the capital investment for the new ship will not impact the budget for its day-to-day science or ongoing infrastructure needs. The investment is on a separate government line.

The council has recently upgraded its "bluewater fleet" - the open-ocean vessels RRS Discovery and RRS James Cook are both less than 10 years old.

Prof Duncan Wingham, the chief executive of Nerc, told BBC News: "The new vessel will make Nerc's entire fleet, ton for ton, the most advanced scientific fleet in the world. "The new ship will be a clear statement of the UK's commitment to science in the Antarctic and South Atlantic, and increases our ice-breaking capability in the South and, just as important, in the Arctic."

What the new polar ship promises to be like

Likely to have a length of 130m and a breadth of 25m
Its gross tonnage would be about 13,000 tonnes
Its cargo volume would be around 4,200 cu metres
It must be self-sufficient to operate for up to 80 days
This means it could cover roughly 24,000 nautical miles
Helicopter facilities are today considered a must-have
It would launch aerial and ocean robotic systems
Up to 60 scientists and support staff could live aboard