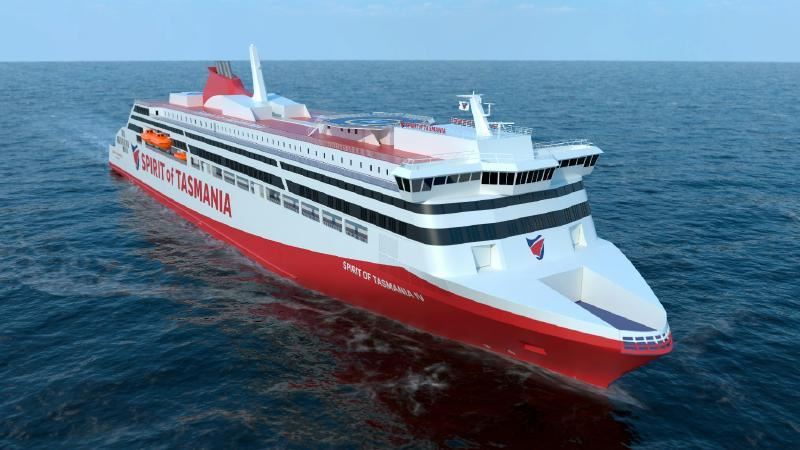 On Tuesday 12 December 2022, the start of production of another car and passenger ferry was celebrated in Rauma, Finland, when the construction of Spirit of Tasmania V began with a traditional steel-cutting ceremony. The production of the first vessel began in February 2022 and its keel-laying ceremony was held in late October.

The Spirit of Tasmania sister vessels are set to operate on the world’s southernmost sea route between mainland Australia and Tasmania. Despite the fact that it is on the other side of the globe from the Rauma shipyard, the collaboration between the shipyard and the shipping company has proceeded smoothly and there is strong trust between the two parties.

“As the production of the first Spirit of Tasmania vessel is proceeding well, it is wonderful to continue the production of the line in good collaboration with the client. They need two new ships for the route, and it is great that the ships will be finished closely together,” says Mika Heiskanen, CEO, RMC.

The design and construction of both vessels have proceeded according to the agreed schedule.

Spirit of Tasmania (TT-Line Company), the purchaser of the vessels, is a significant player in maritime transport between mainland Australia and Tasmania. Currently, the Spirit of Tasmania-named vessels carry around 450,000 passengers each year.

The vessels are tailor-made for the challenging open sea route

The new vessels will operate on an extremely challenging route across the Bass Strait between Geelong, Victoria, and Devonport, Tasmania. The ferries have been specially designed to undertake this specific route. They will sail continuously between the ports and pass each other at sea.
The ferries are equipped with modern dual-fuel engines capable of using liquefied natural gas (LNG). They will hold 1,800 passengers each and their gross tonnage will be approximately 48,000 metric tons. The new vessels will replace two Finnish-built sister ships from the 1990s.

“As the new dimensions indicate, these ships are much bigger than the current vessels – featuring substantially larger capacity for passengers, passenger vehicles and freight – and will be a major contributor for the economy of Tasmania for 30 years to come,” says Bernard Dwyer, CEO and Managing Director of Spirit of Tasmania.

The large-scale project will create a total of around 3,500 person-years’ worth of employment at the Rauma shipyard. Simultaneously, the shipyard is also working on the design and production of new multipurpose corvettes for the Finnish Defence Force.