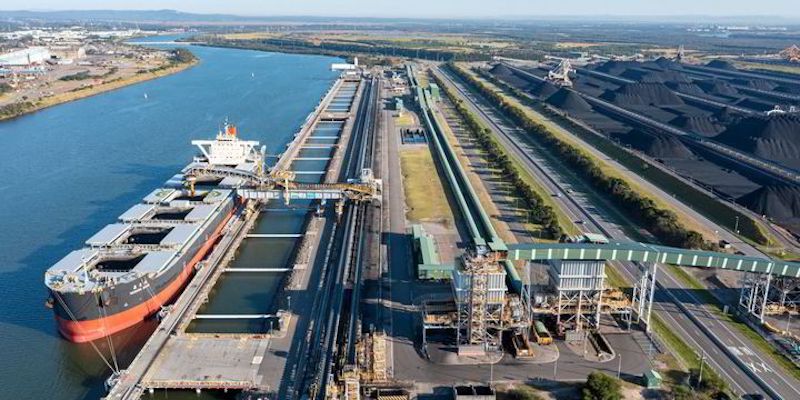 The Port of Newcastle has teamed up with Macquarie Group’s Green Investment Group to launch a feasibility study into the development of a green hydrogen hub at the port.

The partners have also signed memoranda of understanding (MoU) with Idemitsu, Keolis Downer, Lake Macquarie City Council, Snowy Hydro and Jemena, all of whom will participate in the feasibility study. The University of Newcastle will serve as the project’s R&D partner, the partners revealed.

The project is supported by a AUD$1.5 million($1.1 million) funding grant from the Australian Renewable Energy Agency (ARENA), secured under its Advancing Renewables Program. The hub, called the Port of Newcastle Hydrogen Hub, will initially be underpinned by a 40MW electrolyser that over time would increase to a capacity of over 1GW.

The feasibility study into the initial 40MW hub will determine a broad and comprehensive range of potential use cases for green hydrogen in the Hunter Valley. These include mobility, bunkering, energy production and industrial uses.

The study will also assess the suitability of an optimal site within the port which, given its large size and existing infrastructure, has a range of options for developing and scaling-up hydrogen and ammonia infrastructure that can link into existing East Coast supply chains.

Furthermore, the Port of Newcastle Hydrogen Project is expected to support the governments’ ambitions to produce and export “the cheapest clean hydrogen in the world”. It will also focus on the production of green hydrogen for domestic and export use, incorporating a green ammonia plant, green hydrogen plant and grid-connected energy solutions.

“We’re excited to be a part of this feasibility study which presents an opportunity to accelerate the diversification of Port of Newcastle which is crucial as Australia starts its journey to net-zero by 2050,” ARENA CEO Darren Miller said. “Newcastle is an ideal location for this project due to existing infrastructure and skilled workforce, both of which will be so important as we scale up. With the backing of Macquarie’s Green Investment Group, Newcastle could become a hub for the production and use of hydrogen for domestic and export opportunities for Australia.”

“The region has been key to Australia’s energy security and with continuing strong demand for baseload power fuels and the potential as a clean energy hub, Newcastle and the Hunter will be an important part of Australia’s transition under our plan to reach net zero emissions by 2050,” Australian Prime Minister Scott Morrison added.

The project is part of the port’s efforts to become greener and more sustainable in the future. In July last year, the port’s authority announced plans to switch to 100% renewable energy by 2021.

The Morrison Government released the National Hydrogen Strategy in 2019, which sets out a vision for Australia to become a major global hydrogen supplier by 2030. Producing clean hydrogen under $2 a kilogram (‘H2 under 2’) is a priority under the government’s Technology Investment Roadmap, part of the long-term plan to reach net-zero by 2050.