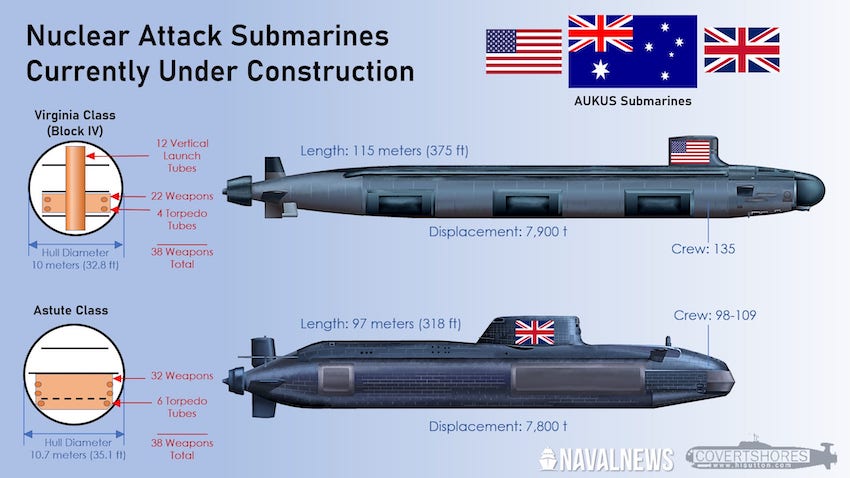 AS Chief of the NuclearPowered Submarine Task Force, my role is to advise government on the optimal pathway to acquiring a fleet of nuclear-powered submarines for Australia. Nuclear-powered submarines will fundamentally change Australia’s strategic personality in the maritime domain. They will allow us to hold potential adversaries at risk from a greater distance and influence their calculus of the costs involved in threatening Australia’s interests.

Nuclearpowered submarines have superior characteristics of stealth, speed, manoeuvrability, survivability, and almost limitless endurance compared to conventional submarines. The 2020 Defence Strategic Update highlighted a rapid deterioration of the strategic environment of the Indo-Pacific region – Australia’s region. Military modernisation is occurring at an unprecedented rate. Capabilities are rapidly advancing, and their reach is expanding. As a result, our technological edge is narrowing. In response, the government has outlined a commitment to develop a more capable military force that will allow us to continue to help shape the region’s future trajectory in ways that support security and prosperity for all – Australians, our neighbours and partners. This includes a fleet of nuclear-powered submarines, the most technologically advanced underwater capability to ever be operated by the RAN.

Managing the delivery of this capability is a vital task – one that has my absolute commitment and that I consider of the deepest importance in its contribution to the defence of Australia. The delivery of a project of this scale is a national endeavour. We must get this right and to do so, we must have the right people, with the right skillsets, in the right places. Since the announcement of the AUKUS enhanced trilateral security partnership, the task force has grown in size, capacity and expertise.

The multi-agency task force now comprises seven divisions: Capability, Executive, International Policy and Agreements, Program Delivery and Industry, Security, Technology, and Stewardship. We have recruited – and continue to recruit – the best and brightest minds in Australia to contribute to the delivery of this historic capability.

What I can assure you is that this nuclear-powered propulsion technology is safe. The nuclear propulsion system used by the United Kingdom and the United States has an enviable track record of safety and security. Their respective nuclear-powered submarines have never experienced any reactor accident or release of radioactivity that has harmed humans or marine life. Our AUKUS partners have set and maintained an exemplary safety record operating their submarine nuclear reactors. Australia will ensure it replicates this safety record by leveraging both countries’ decades of experience as responsible stewards of this technology. Safety is our absolute priority.

Further, the ‘nuclear’ in nuclearpowered submarines refers only to the propulsion power source of the boat. Australia will not seek to develop or acquire nuclear weapons. We remain committed to our obligation under the Non-Proliferation Treaty not to acquire them. Looking ahead at the next 18 months, the task force will work with our counterparts in the UK and US to deliver key outcomes. We will establish a framework around nuclear stewardship and safety and further policy requirements. We will define the nuclear-powered submarine workforce, including domestic and international training and education opportunities, and identify industry, security and infrastructure requirements. We will determine timeframes, costs and supply needs – and we will select a submarine design.

The government has outlined its intention to build these submarines in Adelaide. This is with the backing of a strong sovereign defence industry. We can only move forward and contribute more to our region’s stability, security and prosperity if we commit to build a robust, resilient and internationally competitive Australian defence industrial base. This will advance Australia’s economy and create and sustain thousands of Australian jobs. I am focused on expeditiously delivering to government an optimal pathway to acquire these nuclearpowered submarines. We must remain focused. We must deliver.

We must remain committed to our mission to defend Australia and its national interests in order to advance Australia’s security and prosperity for decades to come. That is mission success.

Source: Navy News This was first published in a recent edition of The Weekend Australian.