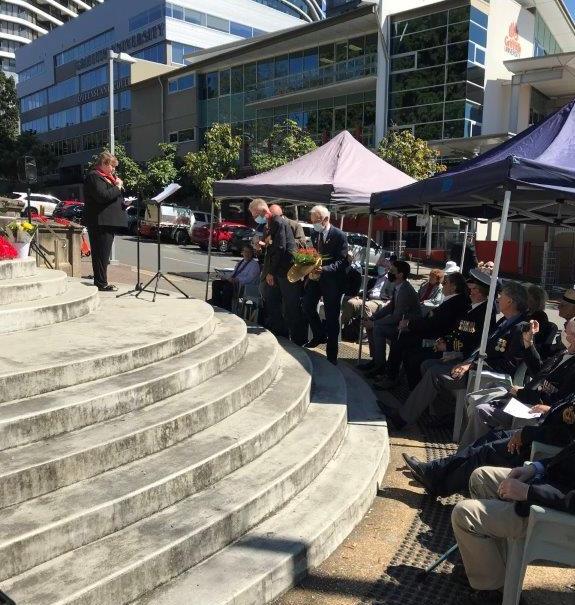 The purpose of the monthly ceremonies is to commemorate the service of Officers and Sailors of the Royal Australian Navy. Each month the State Executive will select one or two Officers and or Sailors and highlight their service. This month we join with the Company of Master Mariners Australia - Queensland Branch to honour all those seafarers who sailed, and died, in commercial vessels in times of war and peace.

Mr Len McLeod, a WWII veteran of both the Australian Army and Merchant Navy. He was wounded as an Artilleryman in New Guinea and discharged medically unfit. After recovering Len again answered the call, to serve in United States Army Small Ships in the South West Pacific as a Fireman - or Stoker in navy parlance.

Len’s ship the 4,700 tons concrete-hulled cargo MV “Armand Considere” was among the many Allied ships present in Tokyo Bay for the formal surrender, 2nd September 1945.

Although due for repatriation, Len McLeod volunteered to keep his important engine-room job when his ship was first assigned to the desperately needed United Nations’ Relief & Rehabilitation Administration program, at the war-ravaged Chinese port of Shanghai.

Len, thank you for your honourable service in WWII - and later to help tell the rarely heard story of fellow Australian merchant seafarers - who served the cause of freedom while assigned to US Army Small Ships.

We are delighted you and your family can be here today.

The ceremony concluded with all reciting The Ode and singing the National Anthem.