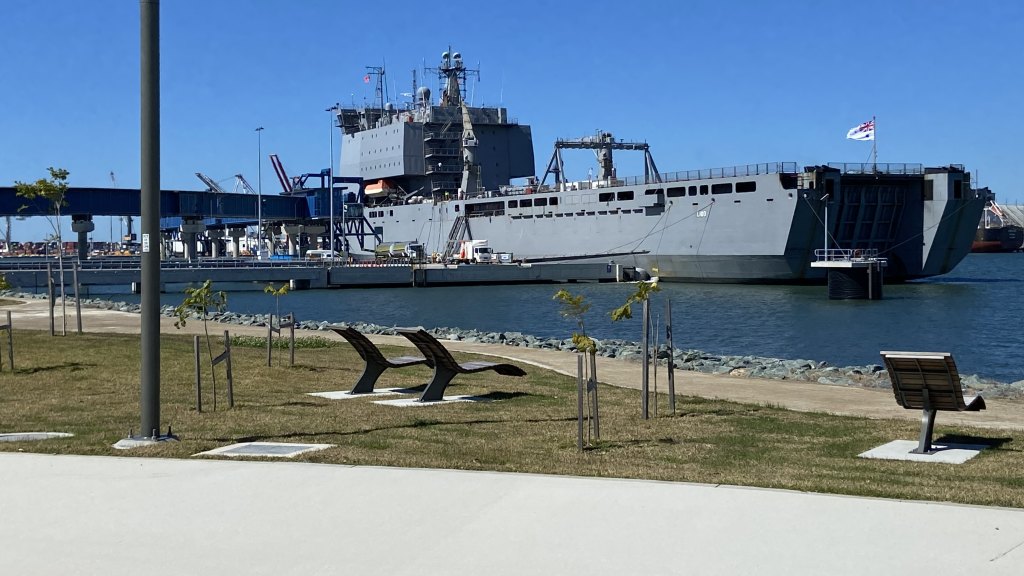 The first ship into Brisbane’s $177 million International Cruise Terminal should have been Carnival Cruises 245-metre long Pacific Dawn on October 3, 2020.

Instead, the first ship to dock at the Brisbane International Cruise Ship Terminal was the Navy’s HMAS Choules, in Brisbane until Wednesday after work in Townsville and Cairns. This was the vessel and crew that rescued thousands of traumatised Australians crowded on to Victoria’s Mallacoota beach threatened by bushfires in early January 2020

The 16,000-tonne HMAS Choules is 176 metres long, 24 metres wide and classed as an amphibious Landing Ship Dock .It was commissioned by the Royal Australian Navy in December 2011.

The HMAS Choules docked in Brisbane just before midday on Friday and by early afternoon its 158 crew began shore leave. It was a quiet affair. Empty car parks. A closed front entry to the terminal itself. A few family members. There were a few polite, slightly bemused security guards on the Brisbane River edge beside the cruise ship terminal under a portable sun cover. They looked on as a handful of people watched the HMAS Choules dock. Later the security staff checked crew as they left for a weekend’s shore leave.

Brisbane’s Jacqueline Bennett was there to collect her granddaughter, Michaela Bennett. “Choules has been up north for the past three months around Cairns and Townsville,” Jacqueline Bennett said. “They couldn’t go further north than that because of the COVID-19 outbreak. “[Michaela] is excited to be home because I think it will be her last trip for a long time because of the NSW COVID-19 lockdown. “She is based in New South Wales, in Sydney. “She used to be on the HAMAS Parramatta, but she changed to be on the Choules.” Michaela Bennett said she had been in the Navy for three years and was happy to be back in Brisbane before returning to Sydney. “I’m just going to go out and catch up with some friends; just relax before we go into lockdown when we get back to Sydney,” she said.

They both were first-timers to the Brisbane International Cruise Terminal, which was mostly closed on Friday afternoon. It has the appearance of an airport arrival or destination terminal, with high-pitched, sloping roof and full-length windows. “Yes. It’s quite okay. I didn’t even know it was here,” Jacqueline Bennett said. “I knew they were going to build one, but I didn’t realise they were this far ahead with it. “It’s amazing actually. It’s much better than Portside. They are not going to keep using Portside are they?” 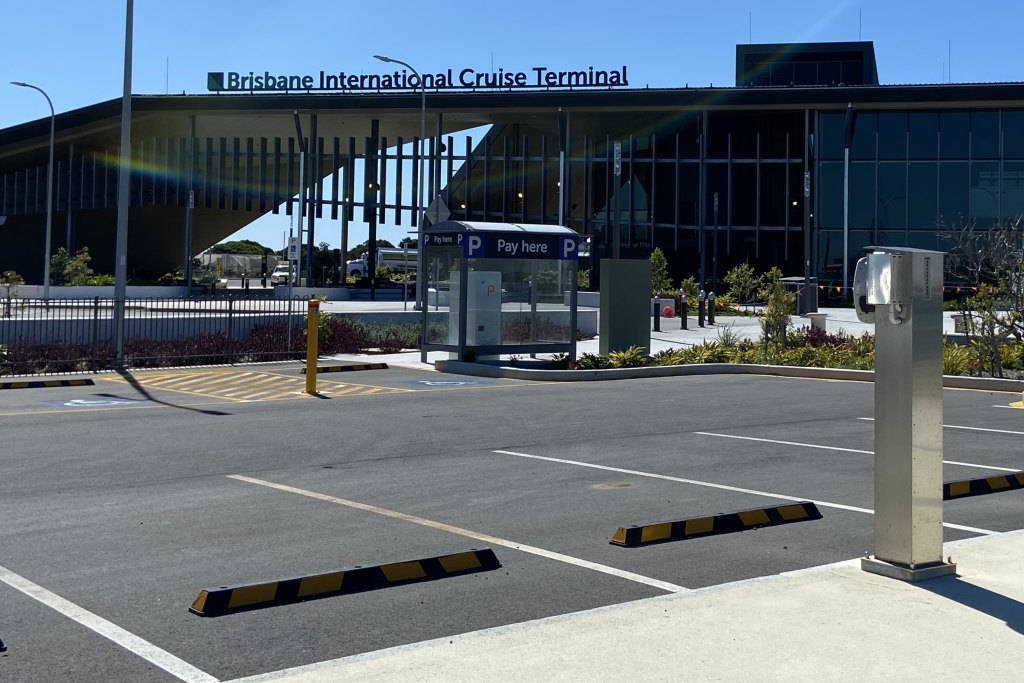 Portside will continue to dock medium-to-smaller cruise ships. Anything 270 metres or more will be docked at the new Brisbane International Cruise Terminal.

Roads leading to and from the International Cruise Terminal are still poor and new visitors to Brisbane might be shocked to drive through store yards, container yards and fertiliser yards. 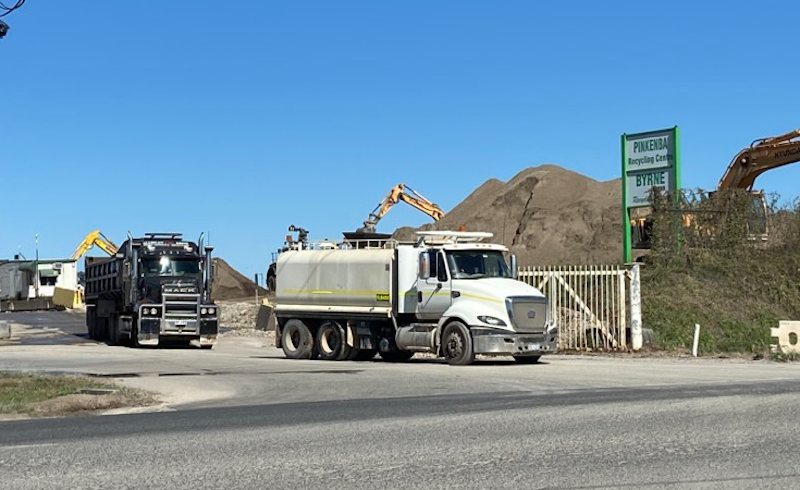 The HMAS Choules docked at the Brisbane International Cruise Ship Terminal because there were no alternative suitable docking locations available.

It is a multi-purpose Navy landing platform, capable of carrying up to 700 troops, 23 Abrams tanks and 150 light trucks. HMAS Choules ferried thousands stranded by the Mallacoota bushfires in Victoria in January 2020. HMAS Choules is also a specialist mobile landing base for Navy helicopters including the MRH-90 Taipan and MH-60R Seahawk and the Australian Army’s S-70A Black Hawk, with a large flight deck that can accommodate two large choppers. Between March 2013 and April 2014 it clocked up 1000 deck landings of Blackhawks, MRH-90 and Seahawk helicopters.

HMAS Choules departed its home port Garden Island in Sydney in mid-June, Defence Media said. “Since then, the ship has participated in Exercise Talisman Sabre, Australia’s largest bilateral training event with the United States alongside forces from Canada, Japan, the Republic of Korea, New Zealand and the United Kingdom,” they said.

Over the last few weeks, Choules has supported Australian Army’s 5th Aviation Regiment training. Following the visit to Brisbane the ship and its crew will return to Sydney.