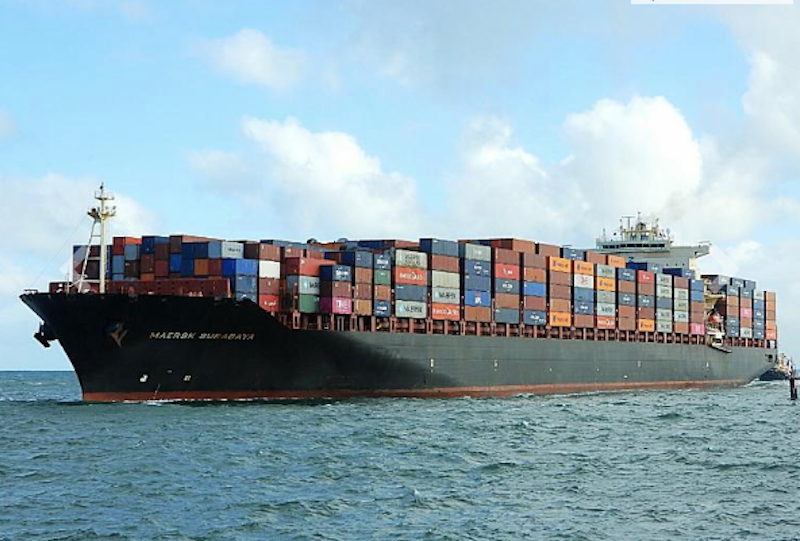 The Australian Federal Police has charged the 59-year-old Master of container ship Maersk Surabaya, which allegedly damaged the Australia Singapore Cable off the West Australian coast – in what is believed to be the first prosecution by the AFP for the alleged offence.

A section of the subsea communications cable in the Perth Submarine Cable Protection Zone, approximately 10 kilometres offshore from City Beach, was disabled early on 1 August 2021.

Allegations that a passing vessel had damaged the cable – causing approximately $1.5 million damage - were reported to the AFP on 3 August (2021).

An investigation by AFP officers in WA and Victoria has resulted in the arrest of the 59-year- Ukrainian national.

The man was the Master of a cargo ship Maersk Surabaya, which police say had been anchored approximately 500m from the protection zone, and allegedly dragged its anchor through the area in high winds, snagging and damaging the 20m-deep cable.

The 59-year-old man was charged last week (11 August 2021) after AFP investigators searched the vessel when it docked in Melbourne and seized ship logs.

The man appeared by video-link in Melbourne Magistrates Court on 11 August for  - Engaging in negligent conduct as the Master of a maritime vessel, which resulted in damage to the Australian Singapore Cable, contrary to section 37 of schedule 3A of the Telecommunications Act 1997 (Cth).

The offence carries a potential maximum penalty of three years’ imprisonment and a $40,000 fine.

The man was granted bail with strict conditions and is currently in COVID hotel quarantine.

AFP Detective Superintendent Graeme Marshall said damage to a subsea cable can have serious financial consequences for both the cable operator and for customers who experience reduced connectivity and data access.

“The protection zone is clearly marked on maritime charts and all vessel Masters should ensure vessels operate in a manner which does not interfere with critical communications infrastructure,” AFP Detective Superintendent Marshall said.