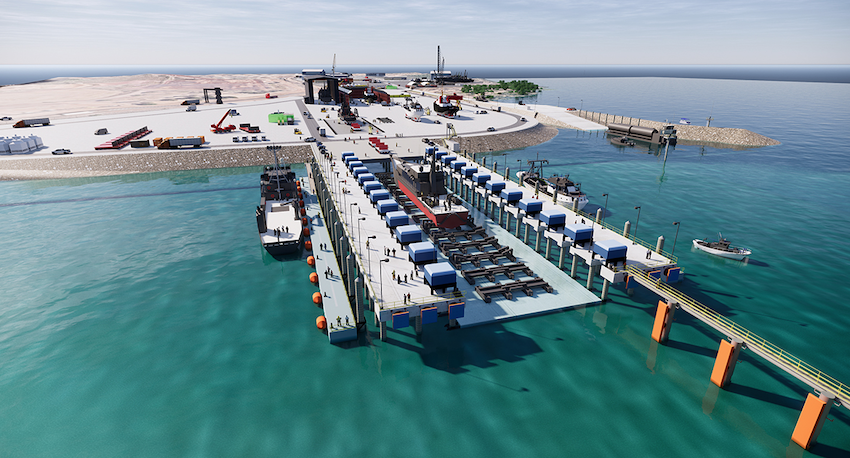 A tender process is underway for the construction of northern Australia’s biggest ship lift at 26 metres wide, 103m long and with the capability to lift 5000 tonne vessels, as well as wet and dry berths for maritime repair and servicing work in the Marine Industry Park near Darwin.This will enable a maritime servicing capacity sufficient for Defence, Border Force, gas and oil, commercial, fishing, pearling and other vessels as common user infrastructure.Acting Infrastructure NT Commissioner Louise McCormick said the $400 million facility will be enabling infrastructure that will boost broader economic development. “Because Darwin is in such a strategic location, we anticipate it will attract the marine industry travelling both in Australian and international waters to come and be maintained and serviced in the Northern Territory,” she said. “We’re capturing a market that is currently under-serviced and that will provide a large uplift for the Northern Territory in terms of economic development.” The Marine Industry Park is one of the key developments from the Territory in line with its plan to grow the economy from $26bn currently to $40bn by 2030.This includes accelerating development of its globally significant onshore and offshore gas and other mineral resources, propelling agriculture and renewable energy, and expanding its Defence and maritime industries. Ms McCormick said the precinct has the capacity to house a variety of industrial development. “There’s a lot of synergies between everything we’re doing,” she said.

“If you’ve got the major shipping companies here and the manufacturing, it does tie in together. Developing the marine industry will uplift and add value to the supply chains we already have.“We want to capture as much economic value as possible here in the Territory, rather than shipping it all overseas.”

Once developed, the Marine Industry Park will offer more than 100 hectares of waterfront industrial land for marine maintenance and servicing, engineering and logistics. It will be the only significant service point between Perth and Cairns, potentially saving operators up to 10 days of transport time. The precinct will also offer safety and security in a cyclone.Planning approval is in place for the industrial subdivision adjacent to the ship lift to accommodate maintenance activities and industry.

A procurement process for the ship lift opened last August and five proponents – Clough Projects Australia, McConnell Dowell Constructors, Sitzler, Territoria Civil, and Watpac Construction - are through to the Request for Proposal stage to develop the ship lift.

The Australian International Marine Export Group chief executive officer David Good said the facility would address the lack of refit capacity in Australia, given the existing ageing infrastructure. “We really struggle to be able to lift large vessels, this brings back the capacity that we used to have,” he said.“Being in a regional centre close to southeast Asia, that is a smart move so you’re not just relying on the Australian market but it is opening up to the Asian market as well.” He said the common-user nature of the facility would attract shipyards and benefit local operators. “It means they won’t have to spend hundreds of thousands of dollars in fuel travelling somewhere to get services, they can be serviced where they operate,” he said.An additional benefit, he said, would be improved relationships with the Indonesian market. More vessels would cruise the spectacular region, with the safety of a secure facility.

Maritime Industry Australia chief executive officer Teresa Lloyd, who represents the Australian and international members across the marine industry, said the development was a fantastic initiative. She said the scale of the project would be useful to a range of vessels, from fishing and tourism craft to working boats, tugs and barges.“Anything that builds capacity in Australia to build and maintain vessels in Australia is welcomed,” she said. “Part of the challenge for its success is about availability and costs. It becomes a matter of whether commercial vessels can be scheduled in.” She said the development would help seed greater potential across the maritime industry generally.

The Northern Territory Land Development Corporation’s Business Director, Hannah Barraza, said the Marine Industry Park would create a “new home for industry”.“This is key enabling infrastructure,” she said. “Our approach to that has been to really consider what industry needs [in terms of infrastructure]. “[We are] building a long term sustainable maritime industry.”