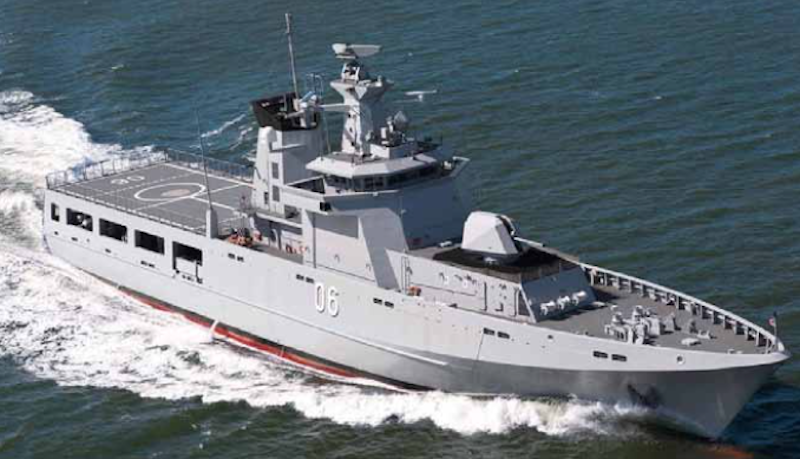 The navy’s patrol boats program is facing a six-month delay with one of its vessels, joining other shipbuilding programs to run into trouble during the design and construction stages.The Defence Department confirmed to Senate estimates that the second warship of the $4 billion Offshore Patrol Vessel program will enter service six months later than planned.

In response to Labor questions on notice, Defence said the German-designed ship, to be designated HMAS Eyre, would now be delivered in March 2023.The Defence Department did not provide a reason for the delay. Nor did it answer The Australian Financial Review’s question about it, instead referring back to testimony given by officials at estimates in June. The department’s first assistant secretary for ships, Sheryl Lutz, told the hearing the COVID-19 pandemic had caused the first two ships to miss construction milestones.

Defence industry sources have claimed there are issues with integrating the gun with the combat system but Ms Lutz denied this.Opposition assistant defence spokesman Pat Conroy said the offshore patrol boats had joined the the future submarines, frigates and Cape Class patrol boats as shipbuilding projects in disarray because of significant problems. “This is a clear example of how the Morrison government’s serial mismanagement of major defence projects is leaving ADF personnel without the capabilities they need to do their jobs,” he said.“The first two new Offshore Patrol Vessels are already delayed by six months and there is a clear risk that these early delays will cascade through the rest of the OPV program, delaying the delivery of all 12 boats with significant implications for Australia’s border security operations. “Minister Dutton is the latest in a long line of Coalition defence ministers to preside over dozens of major defence projects which are running a cumulative 68 years behind schedule.”

German shipbuilder Luerssen won the contract for OPVs. The first two, including HMAS Eyre, are being built in Adelaide, while the remaining 10 ships will be built in Perth.

The first ship is due to be delivered to the navy in December 2021 and achieve initial operational capability 12 months later. HMAS Eyre’s delivery date was meant to be September 2022.

The navy is also facing outside scrutiny with its Cape Class project from the auditor-general. The navy has ordered six more Cape classes, to be built by Austal in Perth, as a stopgap until the OPVs arrive.However, it has emerged faulty Chinese-made aluminium that is prone to rust was used extensively in the first two boats and they require rectification.Among other things, the auditor-general will look at whether the acquisition represents value for money for taxpayers.

Defence has come under heavy criticism over the $45 billion future frigate program, which is facing delays because of design issues, including being overweight. The $90 billion submarine has also been marked by a toxic working relationship between the Defence Department and French shipbuilder Naval Group.